Switching cycles of the inverter are generated and space vector modulation has been implemented to calculate the switching times for different frequencies. The pulse width modulated signals were generated using CORDIC algorithm and then fed as input to the motor.

All these calculations were implemented using Arduino microcontroller. CORDIC algorithm takes less time in computing the sine values compared to any other methods which are used to generate sine values. It helps in reducing size of the lookup table and the results are accurate. 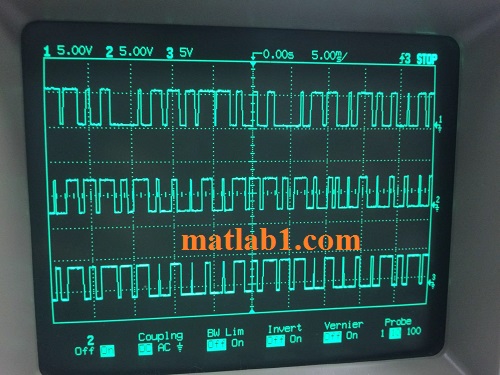