We can consult you about the MATLAB Simulink Stateflow project and algorithm.

MATLAB is our proficiency

Kazem is our chairman. He has a master of science in electrical engineering from a top university in 2009. 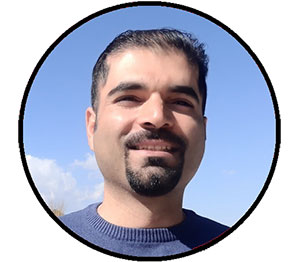 He can develop any type of algorithm in MATLAB. He has more than 18 years of experience in writing code in this software. He is an expert in MATLAB/Simulink/Stateflow. He can do anything in MATLAB !!. He has implemented more than 900 projects in MATLAB/Simulink. Some people called him God of MATLAB! He is famous for this software and founder of several websites about MATLAB, Python, C: (matlab1.ir, iran-matlab.ir, matlab1.com). Furthermore, He had more than 500 international students from different countries such as Turkey, Italy, Germany and India. He also had a position in a university that had taught and consulted the Master and PhD students in programming. He liked teaching other persons and interested in knowledge sharing in a team.

Furthermore, he had many challenges in MATLAB/Simulink during these years, but now, He can find the solution for these challenges easily because of his long experience in programming. For example,  a long time for running code, a singularity in the solution, finding the best parameter for a Simulink block, the best solver in Simulink, loop in the model, integrator error, zero crossing, algebraic loops, … He had collected a complete list of error in MATLAB to help the other MATLAB users.                        https://matlab1.com/forum/index.php

He can integrate the simulation models in simulation environments (Model in Loop (MIL), Hardware in Loop (HIL), Software in Loop (SIL)) and create simulation models for the entire vehicle, powertrain and vehicle components. In addition to it, He can maintain and extend the current simulation libraries and can ensure the operation of the HIL systems as well as support and implementation of technical changes and extensions of the HIL systems. He can check and calibrate the HIL functions. He knows about PHS bus, AUTOBOX, SCALEXIO, Automotive Simulation Models (ASMs), Real-Time Interface (RTI).

He is familiar with several topics in the automotive industry and has read some parts AUTOSAR, Adaptive AUTOSAR and ISO 26262. Furthermore, He has a lot of information about autonomous cars and various sensors in this area, and He has experience with Model Advisor (ISO 26262, MISRA, IEC 62304, IEC 61508-3) in MATLAB / Simulink.

He worked for several years as a mechatronics engineer in the oil and gas industry. So, He is familiar with measurement and control technology and many types of sensors.

In addition to it, I have some experiment in data reduction methodologies in many projects. For example in one of my previous project, there were 715 features for each sample. It was impossible to apply this large feature vector to a small machine learning model, so I tested some data reduction methodologies to reduce the number of features and applied some feature selection algorithm to find the best feature, finally, there were 193 features.

In one of my previous projects in python was OCR post-correction techniques to automatically correct OCR output texts. Our algorithm only requires a small amount of relatively clean training data, but previous methods need a large dataset. We tested the model on a noisy dataset and had a good performance. The performance of the final model was 93 %. My model was Bi-directional LSTM. Many experiments were performed to identify the optimal model. One of the challenges was special characters in the Turkish language. Loss in the training steps was calculated with TensorFlow’s sparse softmax cross-entropy function. I used Python, Keras, TensorFlow, Numpy, codes, sys, Anaconda, Spyder.

His skills and experiences in Computer vision :

His skills and experiences in machine learning and deep learning :

Some companies that use MATLAB and Simulink :