MATLAB and Arduino code for proper attitude control to a CubeSat

The concept of CubeSats was introduced in late 90s and more than 100 successful launches have been made by the end of 2012 . Among these CubeSats, most don’t have any Attitude Control System (ACS) incorporated in them, while some of them have used Magnetic Torquers or Reaction Wheels . As Earth’s magnetic field varies with time, use of Magnetic Torquers for ACS is not feasible when we are looking for a very precise attitude control. In the case of Reaction Wheels, they can work for a limited amount of time as they have a limited capacity to accumulate angular momentum and have to be “unloaded” to continue working . Given this scenario, an ACS system using Electrospray thrusters could solve all these problems as we can obtain a precise attitude control with very low available power which could work for a longer period of time given that these thrusters have high Specific Impulse (Isp). This project is based on designing, fabricating and testing an Electrospray thruster system for the Attitude Control of a 1U CubeSat and finding the best propellant among various for its use in the CubeSat. We will discuss shortly about Electrospray technique and CubeSats and later elaborate the objectives of the project. 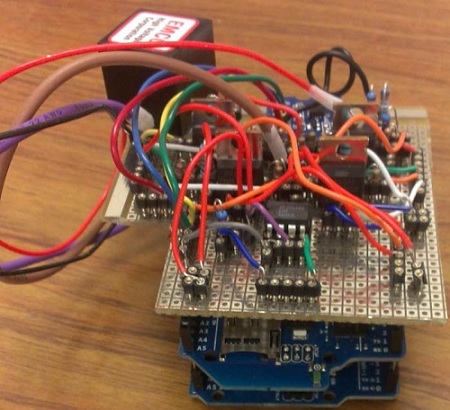