Several phase retrieval algorithms have been developed for extracting the phase component from oversampled intensity component [3], the most well-known of which is the Hybrid Input-Output (HIO) algorithm [2] (Figure 1(a)). 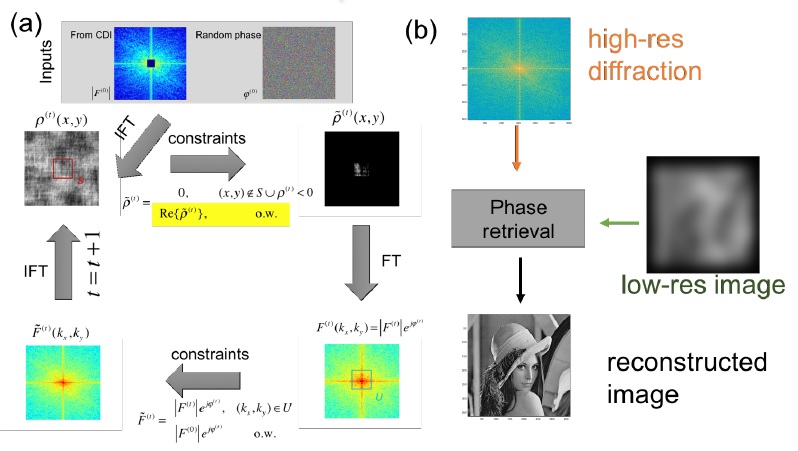 Figure 1. (a) Schematic of the conventional HIO algorithm. The highlighted part indicates the constraint to be studied and improved. (b) Proposed image processing pipeline.

In general HIO was shown to outperform some of the methods that preceded it, such as Error Reduction (ER) , but it usually takes thousands of cycles to converge, and sometimes it stagnates at a suboptimal result. In addition, phasing algorithms like HIO are generally vulnerable to data defects such as quantum noise (for example due to limited photon flux) and missing intensities (for example due to low frequency components being blocked).

For the reasons above, performing phase retrieval is generally computationally expensive, because people would run with large iteration numbers to reach optimal reconstruction result.

Alternating Direction Methods (ADM) is an optimization technique that optimizes a certain variable with many constrains by splitting the variable into multiple copies that each satisfies one constrain, then add constrain that demands the split copies be equal to each other. This seemingly trivial technique is able to balance the contribution of many constraints in the optimization process.