The MAPk blind deconvolution principle is significantly more robust than the MAPx,k principle. Yet, it is considered hard to implement and has not been widely exploited.
In this paper we argue that the MAPk approach can actually be optimized easily, and present simple and practical MAPk algorithms. While popular MAPx,k strategies basically alternate between latent image estimation given a kernel and kernel estimation given an image, our MAPk algorithm employs the same steps, where the only difference is that the kernel estimation accounts for the covariance around x and not only for the mean solution. While an exact estimation of
the covariance is challenging, a diagonal approximation can be computed efficiently in O(N) as the inverse diagonal of the deconvolution system.
While we have presented the basic principles of MAPk optimization, there are many more algorithmic choices to explore, such as the choice of filters, the choice of covariance approximation, and the prior model. 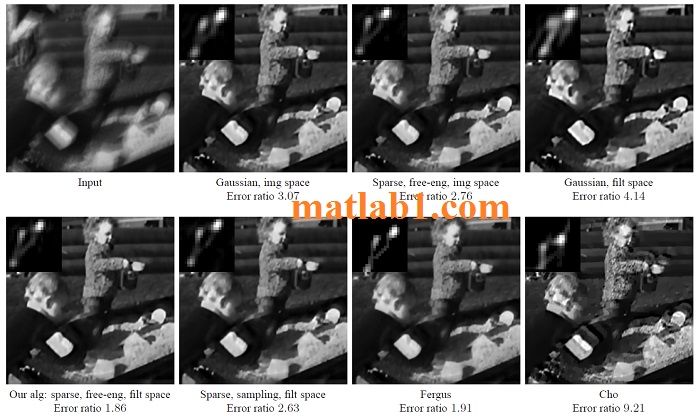