In this project, Elman neural network is used for network traffic prediction.

Input data is from site : http://www.research.att.com/

The trace is derived from Mark Garrett’s MPEG encoding of the Star Wars movie.Each record in the original trace contains the number of bits in a frame; the frame rate for the encoding is 24 frames per second. The ns trace file was produced by transforming Garrett’s trace as follows. First, each frame was divided into 200 byte packets. These packets are transmitted evenly spaced over approximately 20 milliseconds.  The source then remains idle for the remainder of the 1/24 second frame time. 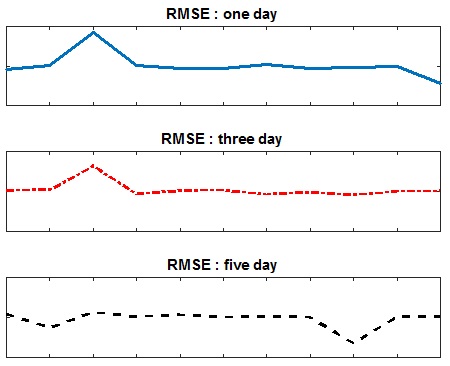