Various human arm models have been tried and a best human hand model was designed to demonstrate the angular vibrations of tremor. An arduino UNO code was developed to produce the desired vibrations in the model designed using the stepper motor and stepper motor driver. The angular vibrations are sensed using the gyroscope which senses the three axis vibrations. The data was obtained in the National Instruments LABVIEW software and is analyzed. The raw X, Y and Z values as a function of time were plotted in the LABVIEW .

An alternative method for the wireless sensing of the tremor vibrations has been proposed. The data is analyzed and the waveforms of raw, pitch and roll have been plotted as the functions of time. The results in both the methods show that the data sensed can be used to develop a control system that can counteract the tremor vibrations. 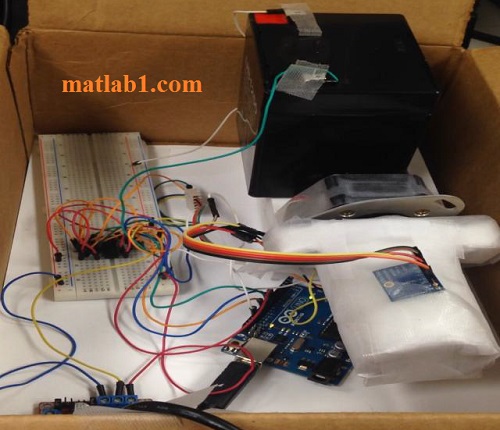