Perspective Correction of Distorted Projectors with an Uncalibrated Camera

For wide field projection, two projectors are individually registered. A reasonable overlap of at least 5% of its total projection area is recommended for good linear blending result. This algorithm can be further developed for applications with projectors located at the back of the projection screen, multiple projectors with horizontal discontinuous surface, and simultaneous wide field video projection. With the development of curved displays, algorithm developed in this project can be used for large tiled high-resolution display.

Further work need to be conducted for color correction, pincushion and barrel distortion and other optical aberrations introduced by the hardware imperfection. This project has wide application in art visualization, face registration for make-up testing, virtual/augmented reality and Head-Up Displays. 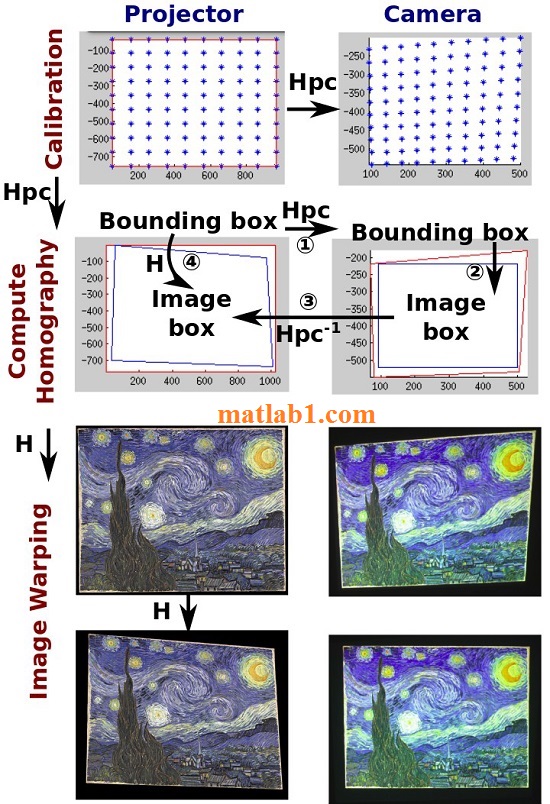