In this paper, we presented an LMMSE-based denoising scheme with a wavelet interscale model and discussed the optimal wavelet basis selection for it. With OWE the wavelet coefficients at the same spatial locations at two adjacent scales are represented as a vector and the LMMSE is applied to the vector. The wavelet interscale dependencies are thus exploited to improve the signal estimation.

The performance of the scheme is wavelet filters dependent. We proposed two criteria to determine the optimal wavelet for the scheme. One is to measure the signal information encapsulating ability from noisy environment. This criterion is proportional to the denoising efficiency. The other is to measure the wavelet coefficients distribution difference with joint Gaussian function and this criterion is inversely proportional to denoising performance.

The optimal wavelet could be determined by optimizing the tradeoff of the two criteria from a library of wavelets. In this paper, we considered eight typical wavelets and observed that biorthogonal would give the best performance. This observation was validated by the experiments.

Although the proposed scheme outperforms other popular denoising schemes for most of the images, it may not be a suitable method for images that are weakly correlated in scale spaces (for example, Baboon image). For such images the wavelet interscale dependency is typically very low, and the proposed model would be unable to take the advantage of interscale dependencies to yield reasonable gain for denoising. 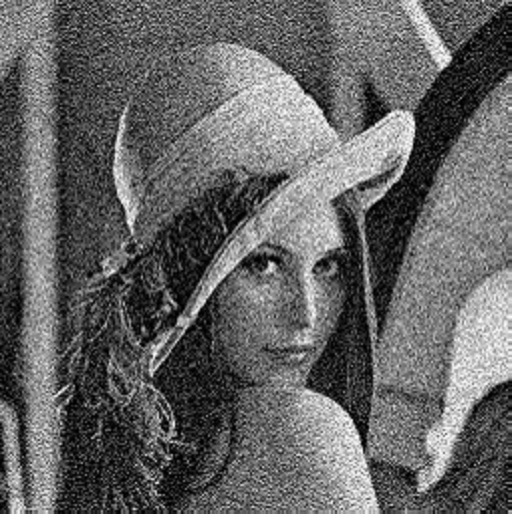