SVD can be used as a form of image compression. The idea is to find redundancies in an image, keep the most significant ones and toss out the less important onces. Similar to the minimal example above, we can toss out the “noise” in an image, which may contribute significantly to it’s file size,
but have a very small impact on the percieved quality of the image. 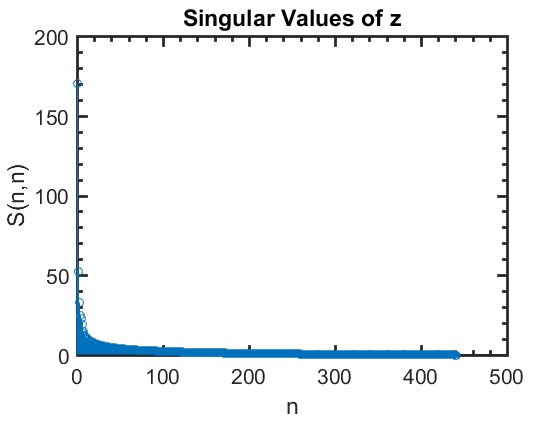 Unlike the minimal example where we knew there to be three significant singular values due to the way the matrix was constructed, there is no obvious repeating pattern in most photographs, with the exception of Shayne’s head being cropped onto a copy of my body due to his absence during the time of this group picture.

We see that there are many significant singular values, and no obvious cut off point. As we did above, we will choose to make a rank approximation.

Be the first to review “SVD for image compression” Cancel reply