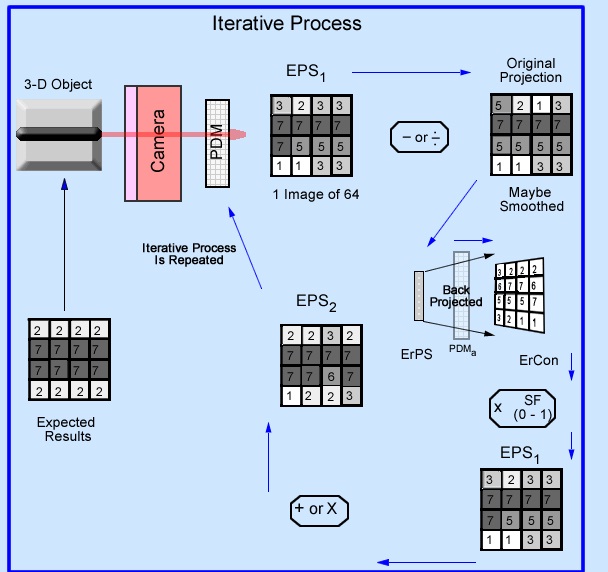 The quality of the images reconstructed by standard FBP algorithms depend on several assumptions about scanner geometry and raw data, such as continuity of the projections and noiseless measurements, which are typically violated. The FBP method involves a compromise between high reconstruction speed and image quality. To achieve better image quality from the same raw data, more realistic assumptions about scanner geometry and noise statistics must be made. This is done in the more computationally complex iterative reconstruction methods. Such iterative reconstruction methods may result in longer reconstruction times but also in substantially less image noise from the same raw data through more complex modeling of detector response and the statistical behavior of the measurements. Simplifications of iterative methods are used by CT vendors (e.g. AIDR3D from Toshiba, and ASiR from GE) based on iterative application of FBP and smoothing functions that shorten the reconstruction time, while maintaining much lower image noise than single step FBP with no significant impact on spatial or contrast resolution.In this section two classical iterative algorithms, Algebraic Reconstruction Techniques (ART) and Statistical Iterative Reconstructions (SIR), are briefly described.

Algebraic reconstruction is based on the model shown in figure 2.13 , in which the
problem is to estimate the attenuation value of the pixels

from the measured projections

is the weighting factor that represents the contribution of the

th pixel to the

th ray integral. In other words

is equal to the fractional area of the

th image pixel covered by the

th ray. When the image size is very large , the computational task of finding the inverse matrix and calculating the the pixel values is daunting. As a result, iterative methods are used to estimate the pixel values

and thereby estimate the CT image. The iterative procedure can proceed as follows:
knowing the

’s, in the l+1th iteration of ART, each pixel of the image is updated by:

Since the calculation of exact

is not straight forward, in many ART implementations the

s are simply replaced by 1 and 0, depending on whether the center of the kth image cell is within the

th ray or not . It should be noted that ART methods are able to deal with the noisy and limited view image reconstruction, as the imaging geometry and prior information about the object can be incorporated into the reconstruction procedure.