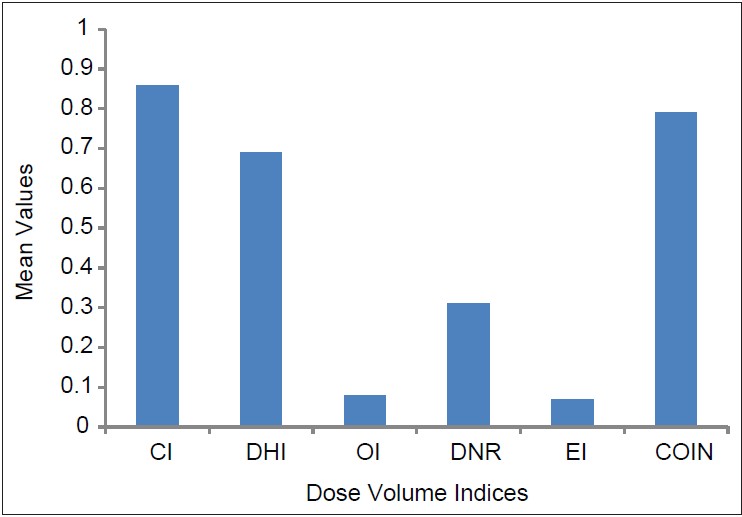 95,000 women were estimated to be diagnosed with gynecological malignancies for 2014 alone. About 12,900 of these cases will be invasive cervical cancer . Approximately 54,870 new cases of cancer of the uterus will be diagnosed and 1,600 of these will be uterine sarcomas. A rare gynecological cancer is located in the vagina and about 1 of every 1,100 women will develop it . Gynecological malignancies are the leading cause of cancer related death in developing countries, with 500,000 new cases and 233,000 deaths per year, worldwide, due to cervical cancer. These cancers are treated with surgery, chemotherapy, radiation therapy or a combination of the
three.

There are two categories of brachytherapy procedures :

High Dose Rate (HDR) and Low Dose Rate (LDR). HDR brachytherapy refers to sources with a dose rate of 20 cGy/min or higher. HDR treatments for gynecological tumors are traditionally intracavitary or interstitial techniques and require an after-loader. LDR treatments are at dose rate in which the source can be permanently implanted into the patient and will deliver dose over the entire lifetime of the source. Each of these techniques have different advantages depending on the malignancy location.

Point doses were used to define the normal tissue effects because brachytherapy was traditionally planned on film radiographs. ICRU Report 38 describes a point at the bottom of the Foley catheter for the bladder dose calculation point. The rectum dose calculation point is 5 mm posterior to the vaginal wall at the level of the mid-ovoid. However, dose volume relations better describe the volumetric dose effects in an organ. Unlike external beam radiation therapy, brachytherapy has large dose gradients occurring in the organs at risk and therefore give heterogeneous dose distributions within those organs. Due to the known inverse square effect, areas closer to the applicator receive a higher dose than those farther away, which is seen when comparing the anterior rectum wall to the posterior rectum wall, for example. Dose volume points assume that the region of interest is the same each time that it is measured. Because this is not true, due to tumor shrinkage and normal tissue movement, dose volume relations are considered a \worse case assumption.”. Dose parameters are obtained from the dose volume histogram (DVH) of the organ. The dose to the organs at risk is described by small volumes, because of the rapid dose fall o in the area in nearest the applicator. The minimum dose to 1 and 2 cm3 (D1cm3 and D2cm3) should be recorded and correspond to biological endpoints, such as organ toxicity.

Deformable image registration is used to take a source image and warp it to match a target image. There are two types of deformation algorithms: intensity and landmark based. Landmark based registrations match the same landmarks on the source image to the target image and interpolates the points in between the landmarks.The landmarks are matched exactly or approximately, depending on how well the landmarks are known. Landmark based methods are generally faster than intensity based, but it is difficult to know if the deformed points on a feature correspond to the same exact point. Intensity based deformable registration uses all of the data stored in the CT images. The points are transformed from the source CT to the target CT by matching the intensity values of voxels and a smoothing factor is used to constrain points nearby each other. Intensity based methods are subject to image artifacts. Each voxel in the source image can move in 3 dimensions in order to match the target image. The images are measured to determine the difference between the intensity of each pixel using a metric such as sum of squared differences, cross correlation, or mutual information. There are three groups of methods to model a deformation transformation: global modeling, semi-local, and local . The accuracy of these algorithms is a constant point of discussion.