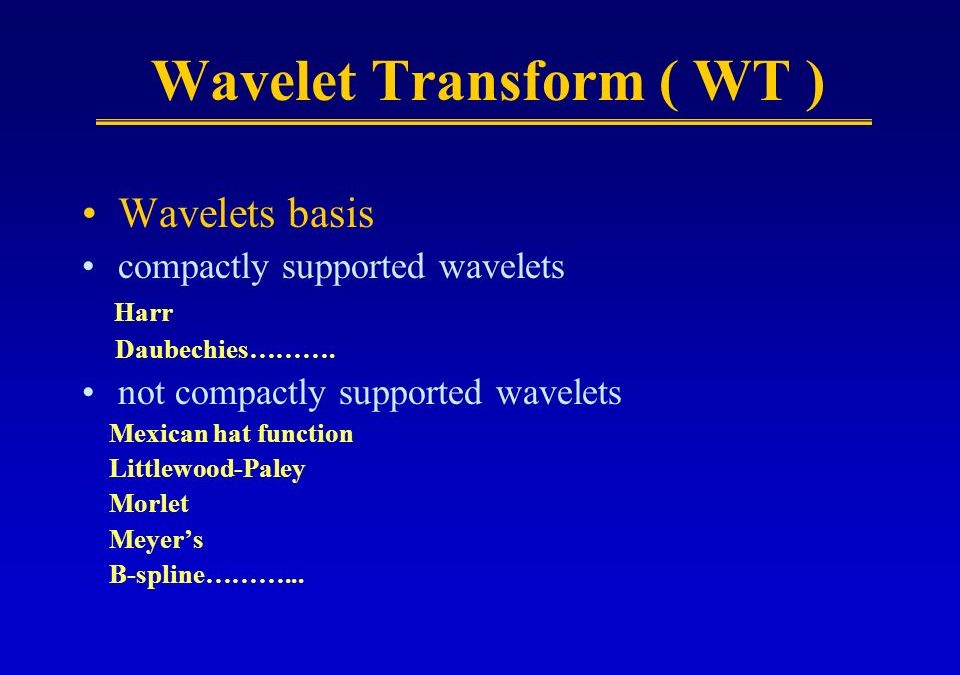 The wavelet transformation (WT) is a method of signal representation that enables simultaneous analysis in the time and frequency domains and aids the analysis of nonstationary signals such as spike trains by inducing sparsity. The wavelet transform is defined as the convolution of a signal

and a wavelet basis function

are translation and dilatations of a wavelet function ?(?),

, where ?, ? ∈ ℤ. Translations of the wavelet functions match highand low-frequency components, while dilatations correlated with the original signal

provide information of the waveform at various scales. Given the sampling frequency of the original recording (

= 24.414 kHz), each spike template generated fifty wavelet coefficients, each of which represented information at different times and scales as previously described. Selection of the principal coefficients from these values (dimensionality reduction) was achieved through the Lilliefors (LF) test for normality, a modification of a Kolmogorov-Smirnov (KS) test when the parameters of a hypothesized distribution are known but the true distribution is unknown. Given a sample of ? observations, the LF method estimates the population mean ? and variance ?` from the data, and calculates the maximum discrepancy between the cumulative distribution function of a normal distribution ?∗ ? = ?~(?,

), and the sample cumulative distribution function