It has been widely interpreted that obesity exerts major deleterious effects on our body and it is the cause of numerous illnesses such as metabolic syndrome and cardiovascular diseases. However, there exist evidence that lead to the “obesity paradox” which is a concept stating certain patients with obesity have an improved survival rate to particular illnesses than a non-obese patient measured by BMI and other indices. Evidence has shown that obesity has also been linked to improved HF survival in observational studies. In a randomized controlled trial of 7599 patients with symptomatic HF with either reduced or preserved systolic function showed that patients in lower BMI categories had a graded increase in the risk of death; the group with the highest BMI (>35 kg/m2) had similar risk to those with a BMI of 30.0–34.9 kg/m2) (Clark, Fonarow, and Horwich 2014) This evidence points to the existence of two possible obese phenotypes, the metabolically healthy (MHO) and metabolically unhealthy (MUHO). Some key characteristics of the MHO phenotype include lack of insulin resistance, no hypertension, as well as a favorable lipid, inflammatory, and immune profile. (Primeau et al. 2011) This points to an interesting relationship between obesity and HF. Before developing HF, data has shown that for every incremental increase in BMI, there is a higher chance of developing HF in the individual. However, on the contrary, despite the adverse effects of obesity on systolic and diastolic parameters, it has been demonstrated that the best prognosis in HF occurred in overweight patients, followed closely by obese patients, and the worst prognosis occurred in underweight HF patients, followed closely by patients with “normal” BMI. (Lavie et al. 2013) The obesity paradox is a contradiction that many have tried to explain the mechanisms behind. Some proposed mechanisms are: more metabolic reserve in obese patients, various protective cytokines, soluble tumor necrosis factors being protective by neutralizing adverse biological effects, and attenuated response of renin-angiotensin-aldosterone system (RAAS), more are listed in Table 1(Kalantar-Zadeh et al. 2004; Mohamed-Ali et al. 1999; Anker et al. 2003) When it comes to HFpEF, previous research has shown that cytokines from the adipose tissue plays a very important role in modulating cardiac remodeling and diastolic dysfunction. One such cytokine is adiponectin, which is an adipocyte-derived cytokine that is capable of modulating insulin resistance, coronary artery disease, and hypertension. (Ohashi et al. 2006; Ouchi et al. 2003) In HFpEF, adiponectin and aldosterone levels appear to be in opposition with aldosterone level increasing and adiponectin level decreasing (Ouchi et al. 2003; Goodfriend and Calhoun 2004; Calhoun 2006). Sam et al. further demonstrated the importance of adiponectin in HFpEF by comparing diastolic parameters in adiponectin knockout mice (APNKO), which showed exacerbated diastolic dysfunction parameters. This shows the adipose tissue may play a critical role in HFpEF by inter-tissue communication which prompted us to further explore the role of adipose tissue in HFpEF. With a better understanding of the mechanisms behind the inter-tissue communication and the involved signaling mechanisms, novel treatment for HFpEF can be identified. 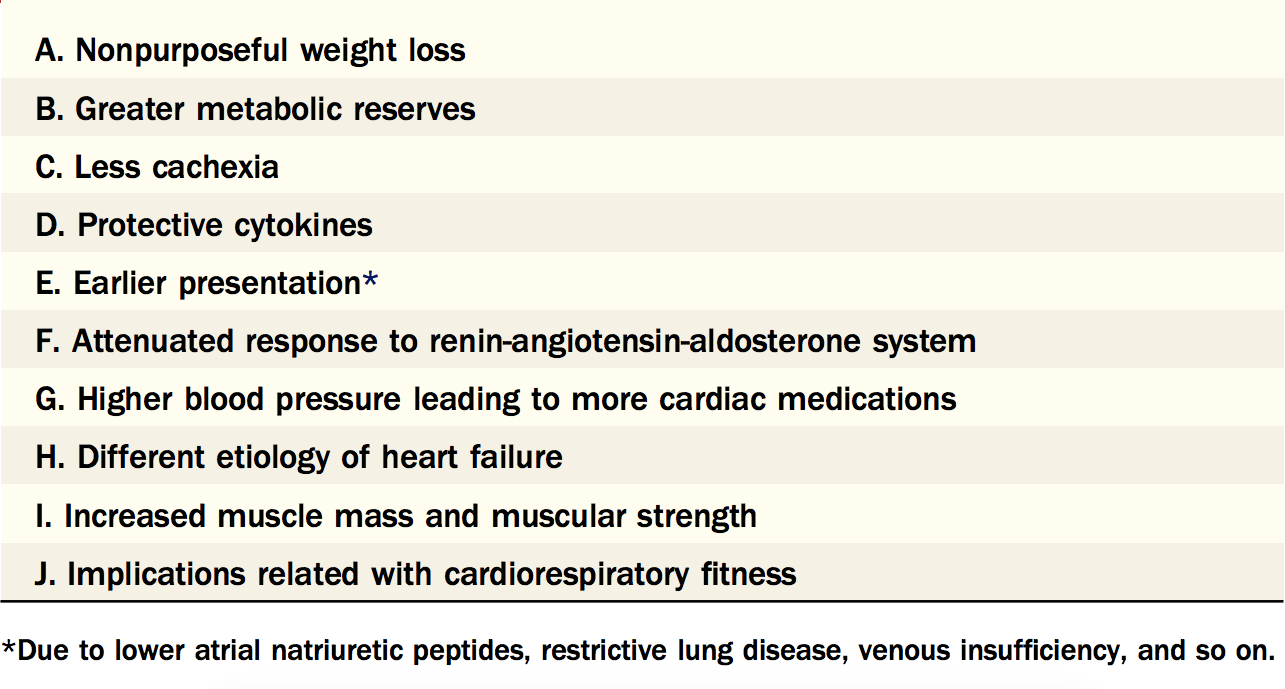 Table 1. Potential Reasons for the Obesity Paradox In Heart Failure

This table lists the possible explanations of Obesity Paradox in Heart Failure. We wanted to focus on the protective roles of cytokines and the mechanisms behind their communication. Figure taken from Lavie et al. 2013.