The structure and composition of bone

Bone tissue is composed of bone cells such as osteoclasts, osteoblasts, and osteocytes (Clarke 2008). The osteocytes are differentiated osteoblasts. The bone cells are embedded in an osteoid matrix, which has mineral and fibrous components. The fibrous part is composed of collagen, proteoglycans and non-collagenous proteins. Mainly hydroxyapatite crystals and amorphous calcium phosphate form the rigid mineral component. Macroscopically, whole bones are composed of cortical (compact) and trabecular (cancellous) bone tissue (Clarke 2008). Microscopically, both cortical and cancellous bone compartments are composed of small units called osteons. The relative proportion of cortical and trabecular bone differs significantly at various skeletal sites. The trabecular to cortical bone ratio is around 75: 25 in the vertebra and 50: 50 in the femoral head and 95: 5 at the ultradistal radius.
Cortical bone is abundantly present in the diaphysis or shafts of long bones and outer surfaces of the flat bones such as skull, scapula and mandible. The cortical bone appears dense and solid, constituting 80% of the skeleton. Cortical bone is not as metabolically active as the trabecular bone (Töyräs 2013, Mayhew 2005, Thomas 2009, Courtland 2013, Seeman 2003). Trabecular bone is mainly located in the metaphyses and epiphyses. Trabecular bone is composed of interconnected rods and plates (Hildebrand 1999, Shi 2010, Stauber 2006). Osteoporosis is a systemic disease defined as a reduction in bone mass associated with an impaired bone architecture and increased fracture risk. Thus, it is important to understand the cortical and trabecular microarchitecture.

Microarchitecture of the cortical and trabecular compartments of bone

Cortical bone consists of osteons. As age advances, both men and women experience thinning of the cortex and increased cortical porosity (Töyräs 2013, Mayhew 2005, Thomas 2009). Abnormal cortical remodeling leads to reduced cortical bone mass and increased cortical porosity (Courtland 2013, Seeman 2003). The cortical abnormalities associated with fragility are cortical thinning and increased cortical porosity (Zebaze 2010). Trabecular bone has more surface than cortical bone and is composed of osteons at the microscopic level. The trabeculae are categorized into plates and rods according to their shape. Plates provide more support than rods because of their width and thickness (Shi 2010). The trabecular bone lies very near to the bone marrow cells. The healthy trabecular bone is constituted by rods and plates that form a three dimensional lattice. The interlocked lattice of trabecular bone is oriented along the lines of stress of the bone. Trabecular thickness (width of the trabeculae), trabecular separation or the distance between the trabeculae and their number (density) are important determinants of bone fragility. With loss of BMD, the plate-like trabeculae become thinner and rod-like. The trabecular abnormalities found in patients who develop fractures include more separated trabeculae, reduced bone volume, fewer plate-like trabeculae, trabecular perforation, fewer axially aligned trabeculae and poor connectivity between plates and rods (Stauber 2006).

Bone modeling is the ability of bones to adapt their shape and size in response to a particular mechanical load. Bone modeling also occurs during growth. Contrary to bone remodeling, bone formation is not paired with bone resorption.

Bone strength is a biomechanical property of bones and is defined as their ability to resist a fracture. It is the maximum load bones can tolerate before the structure fails. It is a function of both BMD and bone quality (NIA workshop, 1992).

BMD is measured by DXA and is expressed as grams of mineral per area or volume. It accounts for about 70 percent of bone strength (Ammann 2003). However, BMD lacks sensitivity and specificity because more than 50% of women who have a fracture do not have osteoporosis (173-178 Siris 2004, Wainwright 2005, Schuit 2004, Cummings 2002, Sarkar 2002, Delmas 2004). A prior fragility fracture is a strong predictor of repeat fracture independent of BMD (Langstemo 2009). In addition, the changes in BMD over time after treatment can explain only 4–30% of the fracture risk reduction. Data from clinical trials on various therapeutic agents used in the management of osteoporosis suggest the relationship between risk reduction of vertebral fractures and increase in lumbar spine BMD is inconsistent (Black 1999).

Bone quality is defined as the material, architectural and mechanical features of the bone (NIA workshop 1992, Black 1999, Brandi 2009, Felsenberg 2005, Augat 2006). It refers to trabecular and cortical microarchitecture; bone turnover, micro cracks, mineralization of the bone matrix and the amount of micro damage present in the bone (Table 5).

The structural characteristics that affect bone quality are bone geometry and size. Bone geometry comprises of length and cross-sectional dimensions. Major geometrical measures such as bone size and cross-sectional area or area moment of inertia may predict up to 70-80% of whole bone strength (Augat 2006). Cortical perimeter is a key parameter of bone strength, since increase in the diameter of a hollow cylinder may increase the resistance to bending and torsion. Femoral neck geometry is also relevant for bone quality. A longer hip axis length predisposes to fractures independent of BMD (Wang 2009). The incidence of hip fractures is lower in Japanese women despite having lower BMD than Caucasian women, probably because of their better femoral neck geometry (Nakamura 1994). In a study conducted in healthy young men with prevalent fractures, men with fractures were found to have lower cortical thickness and smaller cortical bone area (p < .005) and also it was observed that the odds ratio for fractures increased with decreasing cortical thickness (odds ratio (OR) 1.4/SD, p ≤.001) and cortical area (OR 1.5/SD, p ≤ .001) (Taes 2010). Variations in femoral shaft cross sectional area were shown to explain the differences in bone strength between African and Caucasian postmenopausal women and also between older men and women (Nelson 2004, Nelson 2000, Russo 2003, Russo 2006). Previous studies have also demonstrated that hip fractures are more frequent in women with higher femoral neck width, femoral shaft width, and longer femoral neck axis (Gnudi 2012). 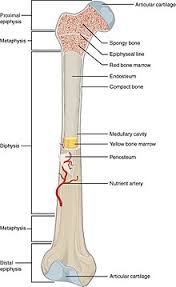 The structure and composition of bone