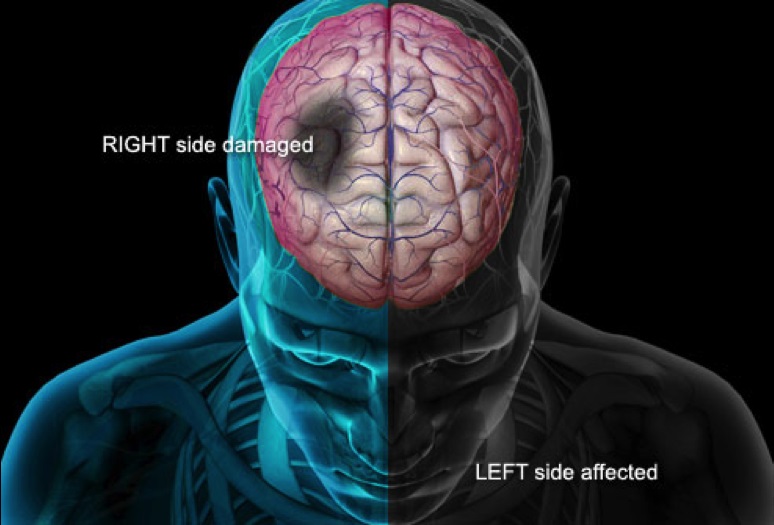 Stroke provides an excellent model for the study of , in part due to its prevalence. Strokes are unfortunately quite common: 1 in 6 men and 1 in 5 women worldwide will suer a  stroke, and it can aect people of any age: around 27 per 100,000 perinatal (< 30 days post-birth) children suer from a stroke every year. Furthermore, 50% of post-stroke patients exhibit  hemiparesis and are treated with 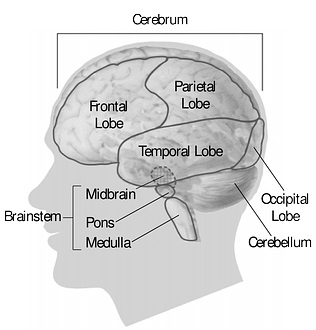 some form of physical therapy. The National Stroke Association R denes a stroke as a disruption of blood supply to the brain. There are two main types of stroke, ischemic and hemorrhagic. Ischemic strokes are caused by a blockage in the blood supply and thus the oxygen supply to the brain; hemorrhagic strokes include a component of overt bleeding. Both   types of stroke can produce hemiparesis. The location of the stroke in the brain determines the long-term eects including hemiparesis. Stroke can be further subdivided into two broad  categories: cortical stroke and brainstem stroke. The brain is divided into two hemispheres; each hemisphere controls the opposite side of the body. The motor pathways deriving from the  motor cortex decussate (cross) in the lower brain. As a result, cortical strokes have unilateral contralateral eects. Strokes occurring in the brain stem, where decussation occurs, may  produce ipsilateral or bilateral eects depending on the exact location of the lesion. Since cortical stroke has a much higher overall prevalence (96% of all strokes), the pattern of   contralateral paresis is predominant in any stroke aecting

How cortical stroke affects the body. If the right motor cortex is damaged, the left side of the body will be affected and vice-versa.

motor function. Given that arterial supply to the separate motor cortices on the right or left are subserved by dierent arteries, it is also the predominant pattern that stroke causes  hemiparesis and the non-aected side remains normal. Because the motor cortex is relatively large and because the arterial supply is in a con uence of two arterial systems, strokes  involving motor function are quite common, resulting in a such a high prevalence of hemiparesis in post-stroke patients. Because stroke is such a common disease, it has been widely  studied. In particular, it has been shown that a post-stroke patient’s paretic muscles have a more anaerobic metabolism compared to the unaected muscles. While exercise therapy is a commonly prescribed treatment to improve a post-stroke patient’s muscle function and quality of life, there is currently a paucity of real-time quantitative diagnostic tools available to physical therapists to monitor the eects of such therapy on muscle metabolism. Likewise, clinicians have only subjective ndings to monitor disease progress and improvement. Muscle  oximetry, which provides information regarding the hemodynamic activity of a specic muscle, has the potential to be an important tool to ll in this gap. Near-infrared spectroscopy (NIRS),  the basis for muscle oximetry, has come to be recognized as a viable inexpensive method of measuring the oxygen consumption of skeletal muscles. Several groups have characterized  the hemodynamic activity of healthy muscles during exercise, but no one has yet applied this method to the study of hemiparetic patients. Because the paretic limb has a more  anaerobic metabolism than the normal limb, we hypothesize that the hemodynamic activity in paretic muscles is suppressed as compared to non-paretic muscles. In order to test  this hypothesis, we designed and constructed a tissue oximeter to measure the relative changes in the concentration of Hb and

in the tissue using Beer’s Law. In the following  chapters, we will go over the experimental procedures used in this study and describe the instrumentation and software designed for this study in detail. We next present the results of  these experiments in healthy control and post-stroke subjects. Finally, we discuss the implications and future direction of this research.