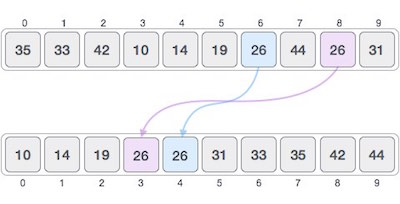 Sorting is the process of putting a list in order-either descending (highest to lowest) or ascending (lowest to highest) order. For example, here is a list of n integers, visualized as a column vector. 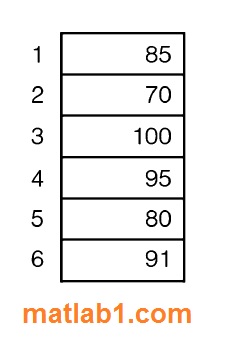 What is important in each pass through the vector is where the smallest value is so the elements to be exchanged are known (not what the actual smallest number is).
This table shows the progression. The left column shows the original vector. The second column (from the left) shows that the smallest number, the 70, is now in the first element in the vector. It was put there by exchanging with what had been in the first element, 85. This continues element-by-element, until the vector has been sorted.

This is called the selection sort; it is one of many different sorting algorithms.

For matrices, the sort function will by default sort each column. To sort by rows, the dimension 2 is specified. For example,