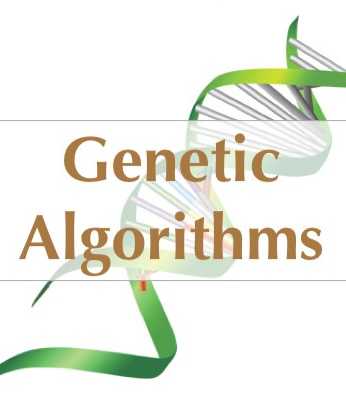 The genetic algorithm can be called a general search method that mimics the laws of natural biological evolution. In each generation, better approximations of the final solution are obtained by means of a selection process commensurate with the value of the answers and the reproduction of the selected answers with the help of operators that mimic natural genetics. This process makes the new generations more adapted to the problem conditions.

In general, genetic algorithms consist of the following components:

In genetic algorithms, each chromosome represents a point in the search space and a possible solution to the problem. The chromosomes themselves (solutions) are made up of a fixed number of genes (variables). Binary encoding (bit strings) are commonly used to represent chromosomes.

In order to solve any problem using genetic algorithms, a fitness function must first be devised for that problem. For each chromosome, this function returns a non-negative number that indicates the individual merit or ability of that chromosome.

This operator selects a number of chromosomes from among the chromosomes in a population to reproduce. More graceful chromosomes are more likely to be selected for reproduction.

During the fusion process, parts of the chromosomes are randomly exchanged. This allows children to have a combination of their parental characteristics and not look exactly like one parent.

The goal is to produce a new child in the hope that the good qualities of the two creatures in their child will come together to produce a better creature.

The procedure is as follows:

The result of years of experience:

This training video is the result of years of coding and working with genetic algorithms in various projects, and the cost you pay to produce it is very small compared to the years of experience spent on producing this training video.