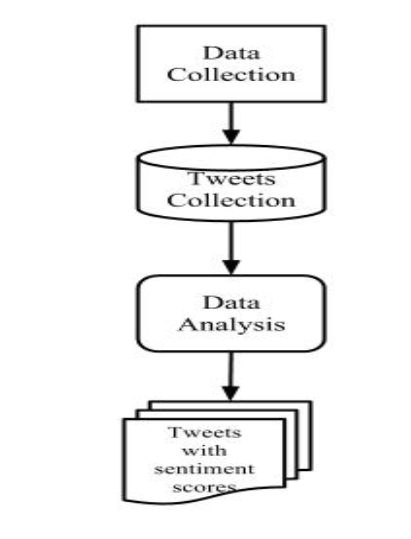 Each component is described in further details in the following sections.

Twitter provides the means that enable and encourage external developers to create tools and establish businesses that rely on Twitter as a communication platform. The data collection component uses a Python script to collect 1% of publicly available tweets using Twitter Streaming API. During the collection process, retweets, which are re-postings of someone else’s tweet, were discarded. Likewise, an attempt was made to only receive tweets in English by specifying English as the language code in the API parameters. The language setting in the API parameters is not a guarantee of the specific language of the tweet of itself, but rather reflects the language preferences as set by users in their profiles. Therefore, tweets in languages other than English can be delivered intermixed with tweets in English. In order to prevent the collection of tweets in other languages, a disambiguation attempt was performed on each message in which words in a tweet were checked against a list of most common Spanish words and a list of most common Indonesian words. Spanish and Indonesian languages were selected for filtering due to numerous complaints of Twitter developers of tweets in those languages being forwarded by the API despite English being selected as the requested language. Tweets that contained words from either of those two lists were discarded. Figure 5 illustrates the data collection process. 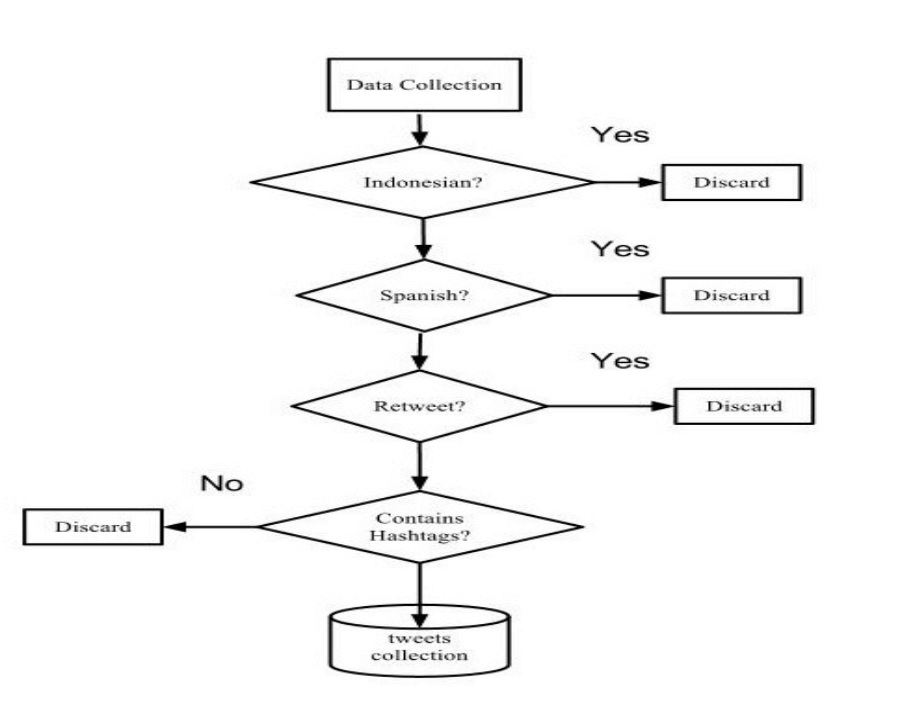 The data collection process was run intermittently between June, 2012 and September, 2012. An effort was made to avoid collection during the London Olympics 2012, because the event was affecting a great number of messages and trends and so was likely to take a big share of the 1% of all public tweets that are available via Twitter Streaming API. A total of 1,812,784 tweets were collected. Of those, 308,112 (or about 16.99%) tweets contained hashtags and thus were of interest to the subject of this research. Tweets that contained hashtags were selected from all the collected tweets and copied into separate files for data analysis.

Hashtag Analysis. Since the hashtags could contain any type of text such as a number, a date, a word, several words concatenated into one, or an acronym, the first step was to verify the validity of the hashtag and to attempt to translate those hashtags that were not intelligible for sentiment analysis purposes. Figure 7 provides a diagram of hashtag analysis that had to be performed.