The Role Of Finanical Instruction in Mexico 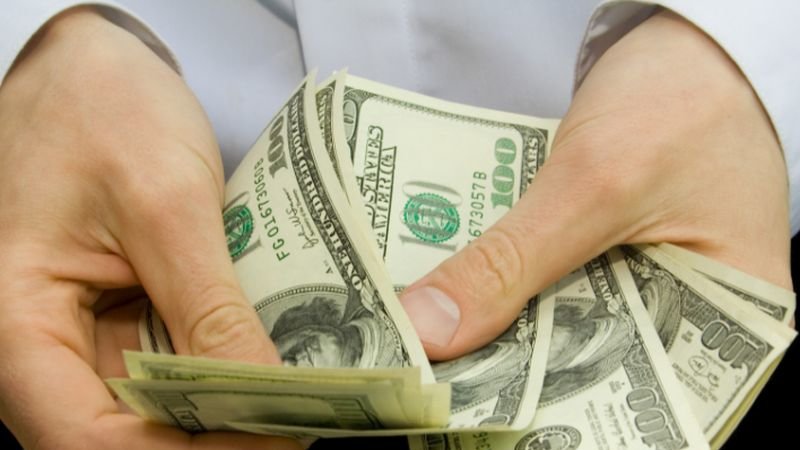 Drug trafficking in the US generates significant profits for criminal organizations. International criminal drug organizations use various methods and routes to transport their products into the US. The U.S. State Department estimated that upwards of 90% of all of the cocaine consumed in the US comes from Mexico. For decades criminal groups from Mexico and other Latin American countries have smuggled different types of drugs across the southwest border of the US. The amount of profits deriving from drug trafficking varies from source to source, although some analysts estimate that drug trafficking from Mexico is worth about $13 billion a year. The profits from the sale of narcotics and other illegal activities such as extortion, kidnapping, and human smuggling are then laundered in order to finance further crimes. These drug trafficking organizations (DTOs) often use US financial institutions as a means to launder their illicit funds.U.S. banking institutions are often accused of being involved in the laundering of the profits generated by the sale of drugs. There are also other smaller financial institutions such as Casas de Cambios (CDCs) in Mexico and Money Services Businesses (MSBs) in the US that are integral in the process of laundering large amounts of currency. CDCs and MSBs may be used as intermediaries for the transferring of the illegal funds. After the funds have been introduced into the financial system, it is easier to move money into other financial institutions as well as accounts of legitimate businesses that transfer money, thus making it difficult to ascertain the origin of the currency.

The Financial Crimes Enforcement Network  is assigned with the mission to safeguard the financial system from illicit use. It does this by collecting, analyzing,and circulating financial intelligence. FinCEN also receives, maintains, and protects all data regarding all financial transactions filed by institutions under FinCEN’s reporting requirements. FinCEN defines a financial institution as any person doing business in the capacity of a bank, casino, money services business, or broker or dealer in securities ofthe following capacities.

Commercial banks are institutions that offer a vast array of
transactions to their customers and handle their everyday financial needs. This type of institution offers customers safety on their deposited money. The deposits are insured by the Federal Deposit Insurance Corporation (FDIC). Some of the services offered by commercial banks include wire transfers, deposit accounts to safeguard the client’s money, and processing loans. Commercial banks are the most extensive source of financing for assets investment . Despite the trend of globalization in recent years, the role of banks varies depending on the type of economy it serves. Banks in the US are heavily regulated by the federal government, and foreign banks must abide by US regulations and restrictions.

A Money Services Business (MSB) is defined by FinCEN
(2014b) as a person doing business, whether or not on a regular basis or as an organized or licensed business concern, wholly or in substantial part within the United States in the capacity to issue, sell, or redeem money orders and traveler’s checks. MSBs also transmit money, cash checks, and deal in foreign exchange currency in amounts less than $1,000 a day per transaction

Broker or dealer in securities

A broker or securities dealer is in the business of buying
and selling securities. The person may act as a dealer, a broker, or both and conducts orders on behalf of the client’s trading on the account or accounts of said client. Brokers are those 3 individuals who are engaged in the business of carrying out transactions in securities on behalf of their clients. These individuals and organizations are under the supervision of the Securities Exchange Commission (SEC) and are required to be registered by said institution as per the Securities Exchange Act of 1934. This project will focus on the role that MSBs and Casas de Cambios play in laundering the illicit profits of Mexican drug cartels. Casas de Cambios are foreign currency exchange companies. Although these U.S. businesses share similarities with those in Mexico, the Casas de Cambios located in the US are generally very small MSBs and have no affiliation with Casas de Cambios located in Mexico . Customers use these facilities in order to exchange their local currency for U.S. dollars. MSBs such as Western Union and MoneyGram allow customers to send currency to other locations for retrieval by an intended recipient .

Casa de Cambios is a money exchange facility, enabling the
remittance of international payments to private individuals or companies. This capstone project refers to Mexican Casas de Cambios. These organizations have differing functions than those of MSBs in the US and act as brokers for financial transactions where cash is exchanged from one currency to another. Casas de Cambios are not considered financial institutions in Mexico the way that banks are and instead serve as an integral element of the money laundering process

The International Criminal Police Organization (Interpol) defines money laundering as any act or attempted act to conceal or disguise the identity of illegally obtained proceeds so that they appear to have originated from legitimate sources . Money laundering also involves moving the illegally generated funds to make them appear as legitimate sources around the world and exploiting legitimate businesses and financial institutions by damaging their integrity and reputation. By this the funds remain concealed and are integrated into legal businesses and then into the economy. Money laundering can take place in connection with a variety of crimes such as theft of checks and credit cards, securities fraud, human trafficking, market manipulation, and wire transfers. Money laundering consists of three stages, which include placement, layering, and integration. Once these steps have occurred, the laundered funds appear as legitimate. Monies in the financial system are monitored, and their influence is visible in the global economy.

Placement is the initial movement of cash from its original source. The
placement of the proceeds of a crime is done in a number of ways to disguise or conceal the source of funds. A method often used is that of depositing structured amounts of cash under the reporting limits of $10,000 by several people known as smurfs or runners. The purpose of this action, known as smurfing, is to evade the regulatory reporting requirements. Another form of placement is when financial institutions that are controlled by individuals of low character illegally obtain funds, which can be placed into the corrupt institution without question. Other forms of placement include the comingling of the cash with other legitimate cash intensive businesses. These types of businesses can be restaurants, beauty parlors, liquor stores, and retail stores .

The layering stage of money laundering is the most complex and can be referred to as structuring. A common known way of layering is the conversion of cash into monetary instruments such as money orders or bank drafts. Another method of layering used is through the purchase of assets with cash followed by the sale of the recently purchased assets. The funds generated by the sale of the assets appear as a legitimate transaction. The purpose of layering is to make the detection of the laundering activity difficult as well as to separate the illicit money from the source. Layering also makes it harder for law enforcement to seize funds by legal proceeding.

Integration is the final stage of the money laundering process and consists of the allocation of the previously laundered money into the economy. Integration is achieved by depositing, lending, and spending the cash obtained. If deposited into the banking system, it provides the funds with the appearance of legitimate business earnings. Some of the most common methods of integration are property dealings, which involve using shell companies to 6 buy property. Other examples of integration include foreign bank complicity, which includes willing assistance of foreign banks, making it much more difficult for law enforcement to investigate, and the use of false import/export invoices, which have proven to be an effective way of integrating illicit proceeds back into the economy .

MSBs can range from large sophisticated chains, with operations that cover several states and provide a wide range of financial services, to one small storefront that provides few financial services. MSBs are required to register in the US with the Department of Treasury and are regulated by the Office of the Comptroller of the Currency (OCC). As a requirement of the OCC, MSBs also have to maintain an anti-money laundering program. The complexity of the establishment as well as the risk profile vary depending on the size of the MSB. The Bank Secrecy Act (BSA) determines that the responsibilities of the MSBs will vary depending on the type of activities the MSBs conduct. As stated previously MSBs are required to implement an effective anti-money laundering program, the reason being to prevent the MSBs from being used to facilitate money laundering . MSB’s anti-money laundering programs must contain policies, procedures, and internal controls designed to ensure that compliance is effective and ongoing. A designated individual ensures the implementation of day-to-day compliance of the program and provides required training to staff. In order to ensure success of the program, there must also be periodical monitoring conducted by an independent reviewer who confirms that reports are filed properly and records are retained . MSBs that are large and complex are more likely to implement internal controls for compliance with BSA regulations.