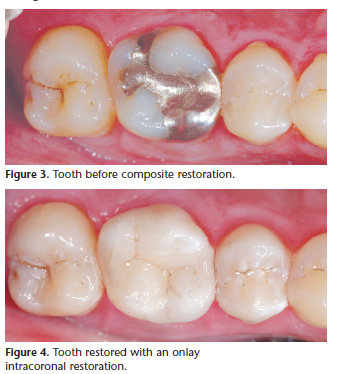 Silicate fillings are considered to be the first tooth-colored dental materials and were introduced in 1878, followed by resin acrylic materials in 1948 . The main components of silicate fillings were alumina glass powder and phosphoric acid-liquid. Resin acrylic is formed through the reaction of poly-methylmethacrylate powder and methyl methacrylate monomer . Both silicate and resin acrylic materials suffered serious shortcomings related to their durability and physical properties . Because of these inherent problems, researcherspursued a material with enhanced physical properties . Dental composites began being used to replace silicates and acrylic resin materials as direct restorations for anterior teeth in the mid-1960s. Dr. Rafael Bowen invented a new monomer, currently known as bis-phenol-A-glycidyl dimethacrylate (BIsGMA), which possessed enhanced properties to overcome the limitations of silicates and resin acrylic. He later added quartz filler to the BIs-GMA monomer, resulting in materials with superior physical and mechanical properties such as strength, durability, insolubility, and overall stability . Early resin-based composite materials were chemically activated and later, ultraviolet photo-activated composites were introduced. Today, composites which are activated with visible-wavelength of light have become the standard.

Dimethacrylate (DMA) represents the major monomeric component of today’s resin matrix. The two most commonly used monomers in the resin matrix are Bis-GMA and urethane dimethacrylate (UDMA). The carbon double bond at the end of each compound enables it to continue polymerization in the presence of free-radical initiators. However, these monomers have high viscosity, thus it requires additional dilutents, such as tri-ethylene glycol dimethacrylate (TEGDMA). In addition to decreasing the viscosity of BIs-GMA and UDMA, TEGDMA increases the depth of cure of the resin composite and polymerization shrinkage. Polymerization shrinkage is considered as a major disadvantage of most monomers, such as Bis-GMA and UDMA. For this reason, new monomers, known as siloranes, have been introduced to decrease the stresses and shrinkage caused by monomer polymerization .

Fillers represent the major component within resin composites. Fillers function as resin matrix reinforcement, translucency regulators, and controllers of polymerization shrinkage for resin composites. They are formed primarily by grinding minerals such as glasses, quartz, aluminum oxides, and ceramic particles. The distribution of the fillers, as well as the particle sizes and shapes, influence the physical and mechanical properties of resin composite. In addition, the quantity, size, and shape of fillers help to classify resin composites.

Curing resin composite can be accomplished using light or chemical reactions. Light-activated resin composites represent the majority of today’s products. Blue light, with a wavelength of 465 nm, activates the photo-sensitizer known as camphorquinone. This activation reaction generates a free radical and, with the help of organic amine as an accelerator, the polymerization process results in the hardening of the resin matrix.