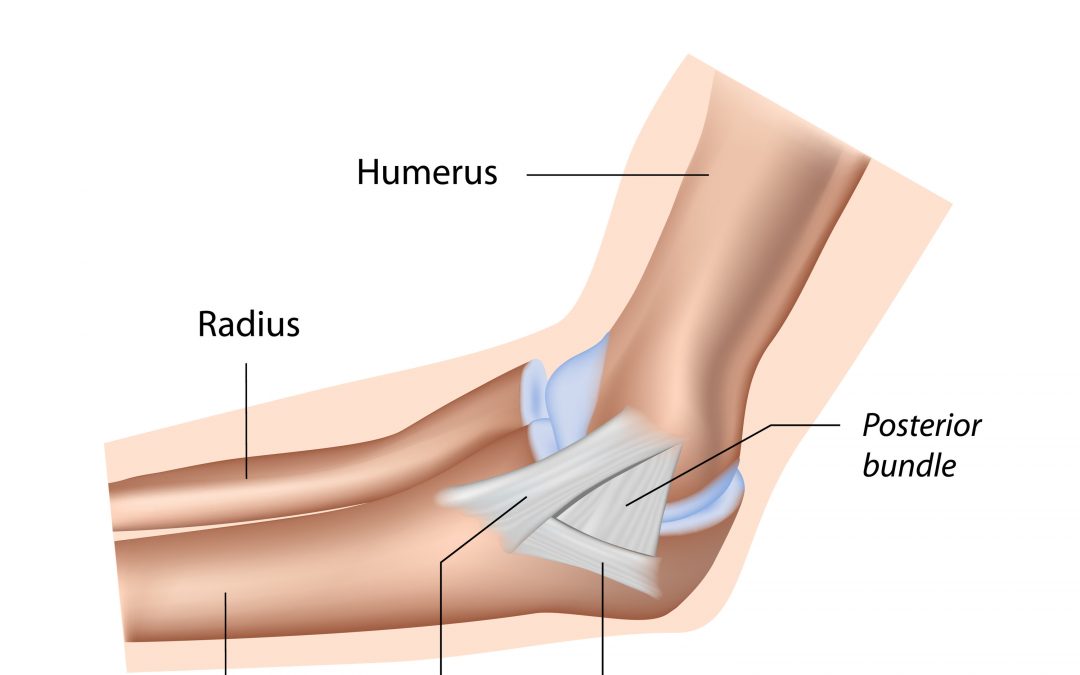 When players miss games due to injury, not only does the team suffer performance wise, but the league can also lose revenue if the player is among the elite in the league. To help teams put the best team they possibly can on the field, research has focused on identifying and examining injuries and their cause so that they can prevent them in the future. Research was recently done that showed the number of days major league players are spending on the disabled list is increasing.1 In 1989, the average disabled list days per team was 571. Eleven years later this number had risen to 787.1 days per team. That’s a difference of just over 200 total days per team. The major league regular season only lasts for 180 days. However, it is not clear if the average number of days on the disabled list per team has risen or dropped in the years since this study.

Over the last 5 years of the study, data was gathered by anatomical region as well. The only area in which the frequency of injuries consistently increased over the 5 years was elbow injuries. Pitchers are the most likely to suffer from elbow injuries due to the repetitive forces placed on the elbow. A large percentage of those injuries involve the ulnar collateral ligament of the elbow. When the ligament is torn, surgery is almost always required if the athlete wishes to continue throwing.2,16,17 Multiple studies2,16–19 have examined outcomes in pitchers after UCL reconstruction surgery. A general consensus between multiple research studies is that 80-90% of athletes returning to baseball who undergo UCL reconstruction are performing at least as well, if not better, than they were prior to their injury.2,16,17 These studies report that most pitchers return to pitching consistently in a game in just under a year.16,17 This is a significant proportion of time considering the MLB season lasts only 6 to 7 months and almost all levels of baseball below the MLB have shorter seasons.

The UCL is the main stabilizer preventing valgus force in the elbow. Baseball is a specific sport that puts large amounts of force on this ligament The ligament has three different bundles, the anterior band, the transverse band, and the posterior band. While they all play a role in medial sided elbow stability, the anterior band is the main stabilizer during throwing. This is also the portion of the ligament that is most commonly torn by baseball players.2–4 The ligament attaches on the medial epicondyle and ends on the medial coronoid margin. Timmerman and Andrews14 found an average width and thickness of the anterior band at 6mm and 4-8mm, respectively. They also reported that the ligament consists of two layers. The first is contained between the capsule walls and the second on the outside of the capsule with connections to the wrist flexor muscles. These two layers help strengthen the joint and prevent injury.

Massive amounts of forces are transmitted through the elbow from throwing a baseball. In 30-40 milliseconds, the elbow extends from 125 degrees of flexion to 25 degrees of flexion and produces an average angular velocity of 2300 degrees per second. The amount of force translates to around 290 Newtons.3 These large amounts of force put a lot of stress on the UCL of the elbow, which is a major stabilizer of the medial side of the elbow. When the forces exceed the tensile force of the UCL ligament, it can tear and disable a pitcher’s arm. The UCL is not designed to take all of the stress created by throwing, therefore the surrounding structures must activate to protect the ligament. Chronic irritation and use of the ligament can lead to micro-tears or other dysfunctions. Especially in youth athletes, overuse can lead to fractures of the medial epicondyle, and lead to the formation of calcified bodies in the tissue.
Chronic injuries can also develop due to the amount of throwing that any baseball player does. Micro-tears in the ligament can create a chronic weakness and increase the risk of a complete rupture in the future. This repetitive throwing also leads to lengthening of the ligament causing increased joint laxity when compared to the non-throwing arm. Also, the repeated stress can cause bony hypertrophy at the attachment sites and may lead to fragmentation in the superficial joint space Multiple studies have shown that baseball players experience a lengthening of the UCL on their throwing arm when compared to their non-throwing arm Nazarian et al studied asymptomatic major league pitchers and compared their dominant elbows to their nondominant elbows. Using a standardized stress device, a valgus force was applied to the elbow and musculoskeletal ultrasound (MSK US) was used to examine the UCL of the elbow. In nonthrowing arms, the average amount of laxity found was 0.5 millimeters. In throwing arms, the average was 1.4 millimeters. The dominant arm ligament was also shown to be thicker by about 1 millimeter and hyperechoic foci, uncharacteristic brighter areas in the ligament, were found in 35% of pitching elbows, but none in the non-dominant elbow. Another study by Cicotti et al examined the elbows of 368 major league baseball pitchers. In the study, they used MSK US to examine the amount of medial elbow laxity present in the dominant arm when compared to the non-dominant arm. They used a similar stress device to provide a standardized force on the medial elbow They found a significant increase in width, thickness and presence of hyperechoic foci and calcifications. This large sample size (n = 368) provides strong evidence that this data can be generalized for all major league pitchers. Similar results have been found in college baseball players as well. Sasaki et al found that both pitchers and position players incurred damage to the medial elbow, but pitchers had increased laxity when compared to the nonthrowing side. Both groups also showed subjects (3/9 pitchers and 5/13 position players) that presented with osteophyte formation on the distal medial corner of the trochlea. 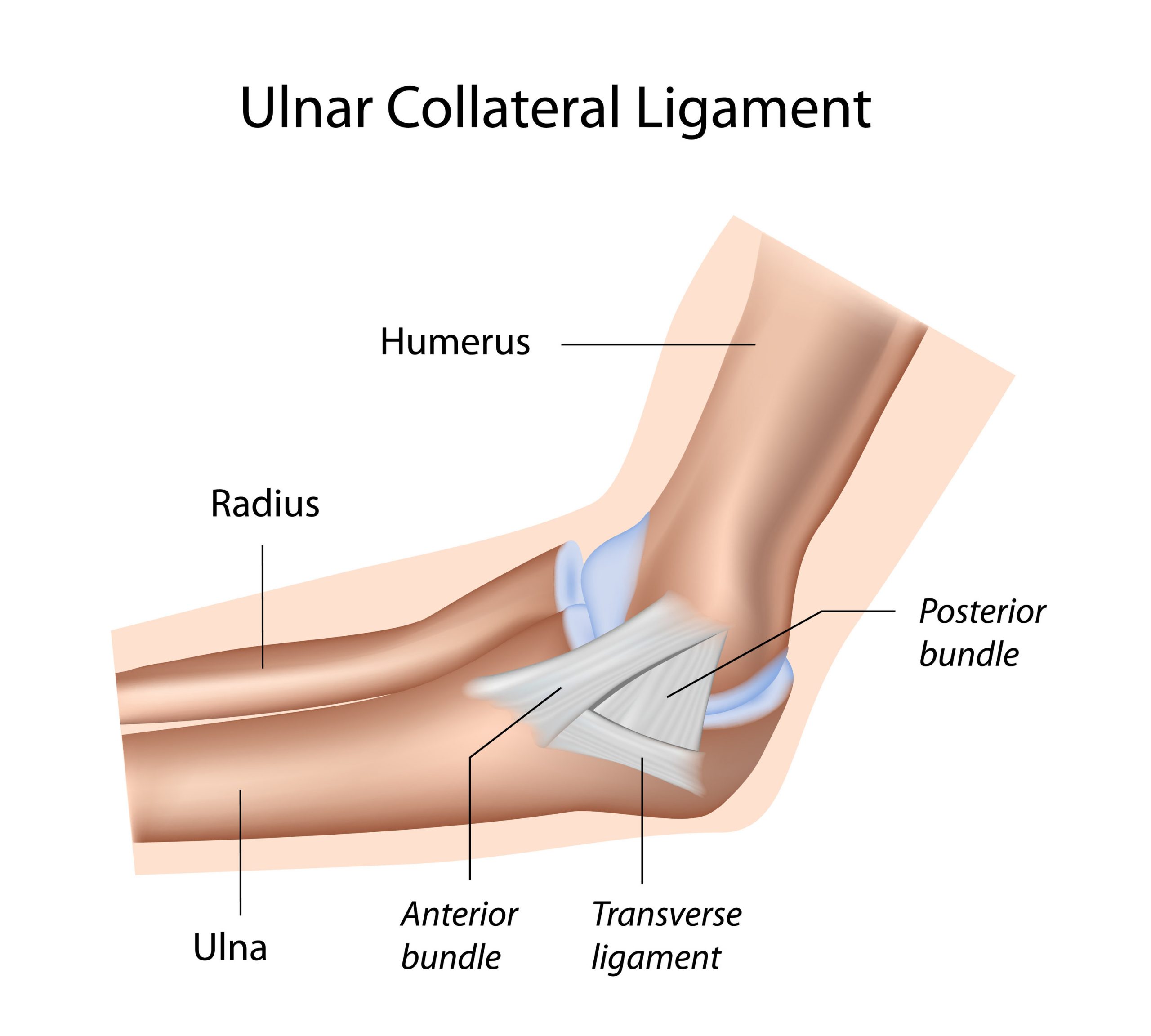