Overview of Ankylosing Spondylitis (AS) 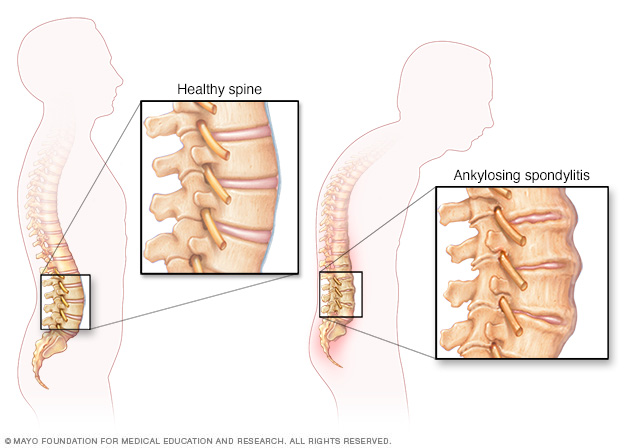 Ankylosing spondylitis (AS) is a chronic systemic inflammatory disease. It predominantly affects the axial skeleton and sacroiliac joints. AS is also the prototypic disorder of a spectrum of diseases called spondyloarthritis (SpA). AS is considered as axial SpA due to the presence of inflammation of the spine and sacroiliac joints. Clinically symptomatic patients with AS who lack radiographic sacroiliitis are classified as as having nonradiographic axial SpA (nraxSpA) (Rudwaleit 2009). Other diseases included under SpA are axial SpA, peripheral SpA, undifferentiated SpA, reactive arthritis, psoriatic arthritis and enteropathic arthritis/spondylitis associated with inflammatory bowel diseases (IBD). These subsets of SpA share a common genetic background and clinical features (Amor 1990, Bakland 2013 and Rudwaleit 2009). AS is the most common type of SpA (Bakland 2013).