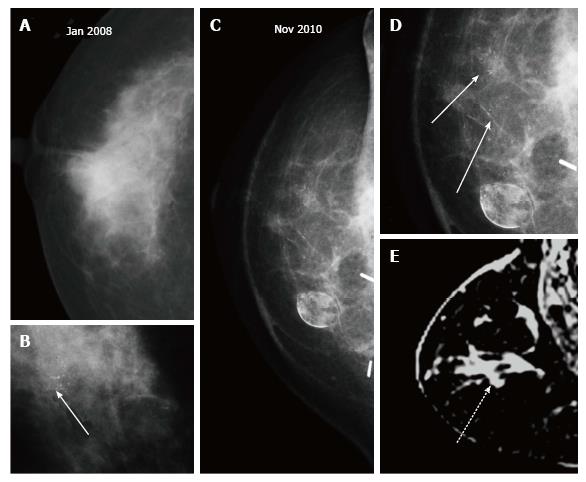 Margin status is a prevalent issue in cancer surgery, and especially so in lumpectomy procedures. Margin status refers to the presence of cancer on the surface of excised tissue, and is most often described in one of three ways:margin negative specimens have no cancer in the vicinity of the edges, margin positive specimens have at least one instance of cancer at the surface, and
“close margins” refer to instances where cancerous tissue is within some threshold distance of the surface (most often .02cm). Studies have established that positive and close margins are correlated with an increase in local recurrence of cancer, with one study showing an increase in 10-year local recurrence rate of 5% and 7% for positive and close margins, respectively (Freedman et al., 1999). As a result, most patients with close or positive margins undergo a re-excision procedure to remove more tissue.
Re-excisions are generally safe and effective. One study showed that 63.5% of patients who underwent re-excision had no residual (Russo et al., 2013). In one study in which patients received multiple re-excisions, only one of the 49 patients had a local recurrence of breast cancer (Coopey et al., 2011).

The issue in re-excision lies in its cost: both financial and emotional. One study on the cost-effectiveness of re-excisions estimated the cost paid by the provider to be between $3577 and $4665 for each re-excision, a price tag which contributes to the ballooning healthcare costs and insurance premiums in the US (Osborn, Keeney, Jakub, Degnim, & Boughey, 2011). In addition, just as pathological determination of margin status differs in criteria across institutions (particularly the determination of “close margins”), there is also a variance in reexcision rates among institutions and even among individual surgeons, suggesting a level of subjectivity in the decision to perform re-excisions (McCahill et al., 2012). Perhaps most critical cost is the emotional toll on the patient, brought about by the possibility of residual cancer. This stress is exacerbated by the fact that the current standard for margin assessment is the final pathological workup, which can take upwards of a week to perform, leaving patients uncertain of their status long after their surgery is completed.