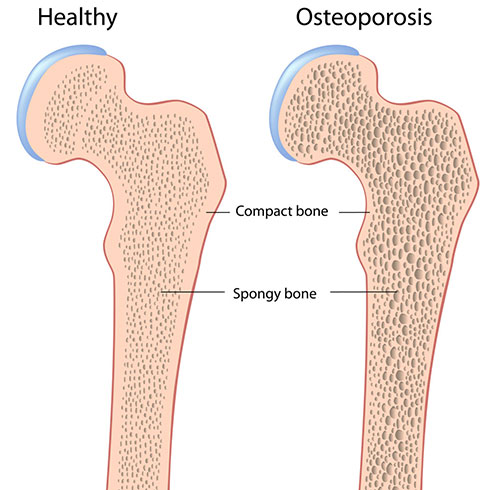 Osteoporosis in patients with AS is generally treated with conservative measures and bisphosphonates. But the use of bisphosphonates in AS raises concerns. First, if diagnosed with bone loss, young patients with AS may require prolonged use of bisphosphonates. Long-term use of bisphosphonates may be associated with atypical femoral fractures (Shane 2014). Second, the efficacy of bisphosphonates in alleviating fracture risk in patients with AS is currently unknown. Third, bisphosphonates can cross placenta and experimental studies in rats have shown that bisphosphonates accumulate in the fetal bones affecting skeletal ossification and mineralization (Patlas 1999). Hence the use of bisphosphonates is of concern given that many patients with AS are in their reproductive years. Fourth, both subclinical bowel inflammation and IBD have a strong association with AS and these conditions can cause malabsorption. Oral bisphosphonates are not absorbed well in the setting of malabsorption.
Finally, bisphosphonate therapy adds to the financial liability of patients who are already receiving expensive medications such as TNFi (Schabert 2013). Given its ability to modulate inflammation, pamidronate, an intravenous bisphosphonate, has been used in the treatment of AS for up to 6 months (Toussirot 2006, Toussirot 2007). Treatment with pamidronate resulted in mild and transient improvement in clinical and radiological features of AS. However, no long-term data exists on the use of pamidronate in AS and given the superior benefits of TNFi, pamidronate is preferred less often to treat AS. Other limitations of pamidronate are the requirement of a long infusion time and side effects such as arthralgia, myalgia and flu-like symptoms (Olson 2007).
Teriparatide or biosynthetic human parathyroid hormone 1-34 is a bone anabolic agent that has been shown to improve BMD, bone microarchitecture, structural integrity, bone diameter, and bone strength owing to its ability to augment bone formation. In humans, intermittent use of teriparatide increases the number of osteoblasts, activates pre-existing osteoblasts and, reduces osteoblast apoptosis (Dempster 2001, Borggrefe 2010, Ito 2014, Cohen 2013). However, treatment with bisphosphonates may be needed to optimize gains in bone density after teriparatide withdrawal (Kurland 2004). Limited systemic evidence is available on the use of
anabolic agent, teriparatide in patients with AS. In a small study conducted by colleagues in 2007, the safety of the combined use of teriparatide and TNFi in patients with inflammatory arthritis was studied (n=6). During the 9-month follow-up period, there was a reduction in inflammatory parameters but no differences were found in biochemical parameters. Theauthors did not observe any new symptomatic fractures or infections in treated patients.
The new anti-resorptive medication, denosumab, is a potential agent to treat bone loss in patients with AS (Dempster 2001). Denosumab is a human immunoglobulin G2 monoclonal antibody that acts against RANK-ligand, a crucial mediator of the formation, function, and survival of osteoclasts (Diab 2014). The potential negative consequences of adding another biological agent such as denosumab to a treatment regimen involving biological drugs such as TNFi are still unclear.

Role of DMARDs in managing bone loss in AS

TNFi have now revolutionized the treatment of AS. Prior studies have shown that blockade of TNF alpha reduces bone resorption and causes improvement of BMD (Visvanathan 2009, Durnez 2013, Kang 2011, Dischereit 2013, Briot 2008, Allali 2003). TNFi have been consistently shown to improve lumbar spine BMD. However, the changes in total hip and femoral neck BMD were not consistent across studies. Also, limited data exists on how TNFi modify the fracture risk. A recent retrospective cohort study done by Kawai et al using administrative databases suggested that TNFi did not reduce the risk of vertebral or nonvertebral fractures (Kawai 2013). The risk of combined fractures (hip, humerus, radius, ulna, or pelvis) was comparable between TNFi and non-biologic comparators (HR 0.9, 95% CI 0.5– 1.8).