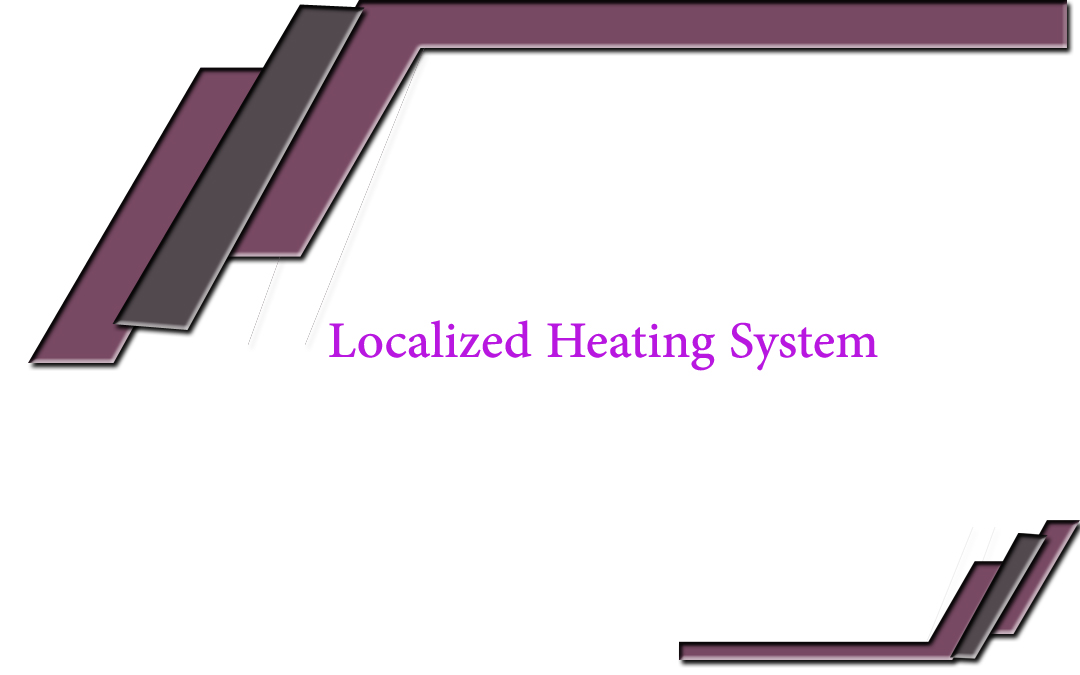 In this post, we talk about Localized Heating System.

According to the research of the Advance Research Projects Agency-Energy (ARPA-E), a significant energy saving is expected by developing Localized Thermal Management System (LTMS) when it is combined with the lower set-point HVAC operation. ARPA-E’s LTMS developmental program in 2013 aims to switch the thermal envelope from the building to the surroundings of the human body in order to reduce 2% of domestic energy use . In fact, cooling a space takes only 8% of the total energy use of thermal conditioning .

Thus, the major energy saving in HVAC system can be achieved when the heating cost is reduced and the heating object is switched to an occupant.in estimate more than 14% in energy savings when we decrease the winter month’s temperature set-point of HVAC to 66°F, while a localized heating system (LHS) delivers additional heat to the person.

To develop a LHS with occupancy information detecting function requires more technology integration into the heating system. For instance, the heating system needs a dynamic sensing and tracking function to provide thermal power to the detected person directly. In the project ofChuah (2013) , to detect movement, ultrasonic sensors were used in the observation field. The ultrasonic sensor detects any movement in the range and it triggers to turn on the heater in the region. The response time is fast in this case and the process is completed locally. However, the movement may be due to something other than human, and the approach requires tedious installation process of sensors. Chuah used 355 of sensors for the 111m2 of apartment model in the simulation.

Another LHS project named as “Local Warming” was developed by MIT Senseable City Lab. In this project, the Microsoft Kinect RGB-D camera was used to detect occupancy information. The RGB-D camera detects the objects’ locations in 3D space and shoots a radiant heat onto the person or the particular group of people at a distance using a high powered infrared (IR) heater. According to their research, the localized heater is 10 times energy efficient than traditional heating for the space that has a high volume of air and a low density of people. This type of LHS uses a high capacity image sensor and the number of sensors is fewer than the LHS of Chuah’s project. However, the sensor is expensive (around $200 USD) to be used in multiple locations and the device consumes higher power (12W).

Both projects used the radiant IR heater to warm up each individual indoor or outdoor space without any significant energy loss. However, the systems still have problems; expensive sensing device, complex installation process, and extra power use. Moreover, they have a lack of thermal sensation control functionality even though it is an essential factor of temperature control system. The heating system cannot provide adequate thermal comfort condition to the user without temperature feedback analysis. Therefore, we designed SLHC utilize inexpensive, ready-to-use, and low power sensors enabled by USB connection while the system operates based on the temperature feedback analysis result. In addition, the thermoelectric generator (TEG) was attached to heater in order to recycle some waste energy in the system.