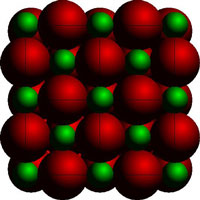 If the amount of available projection data is limited (e.g. with few-view tomography,a limited angular range or data truncation) the reconstruction problem is ill-posed and conventional algebraic reconstruction methods tend to find solutions that do not correspond to the measured object. It then makes sense to exploit prior knowledge about this object. Such prior knowledge can come in many forms.

be sparse with respect to the pixel basis. Research in the field of compressed sensing has shown that sparse images can be reconstructed from a small number of measurements, provided that the measurements satisfy certain randomization properties .

to the pixel size. In that case the gradient image is very sparse. Reconstruction

is then referred to as a total variation minimization problem [4].

their shapes can be modelled into the reconstruction process using like lihoodbased methods.