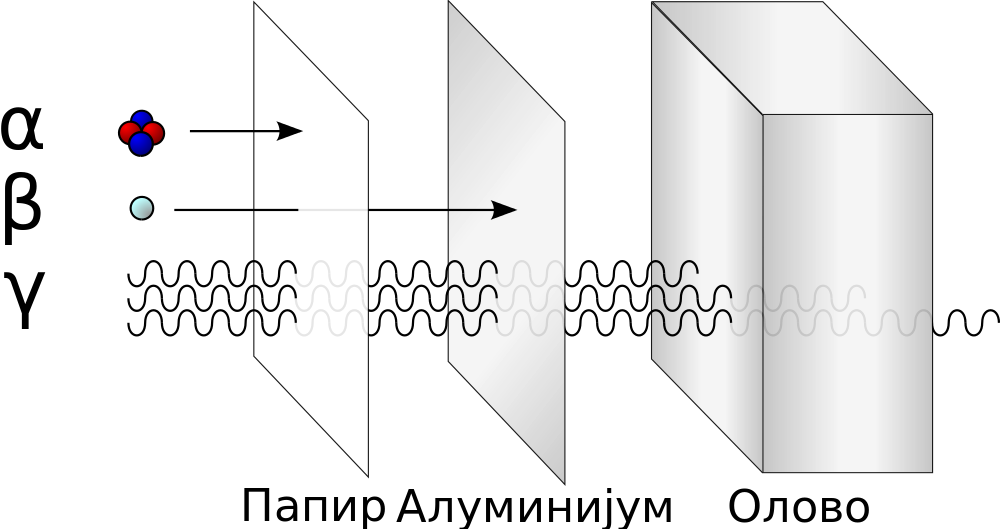 Because certain materials/substances exhibit significant glow or ionizations when a beta particle travels through them , They used as detector materials for detecting beta particles. One class of detectors employs gas as the detection material. Ionization chambers, proportional counters, and Geiger-Müller counters are of this class. In these detectors, after entering through a thin window, the beta particles produce positive ions and free electrons as they collide with atoms of the gas in the process of their slowing down. An electric field applied across the volume of gas causes these ions and electrons to drift along the field lines, causing an ionization current that is then processed in external electronic devices.

The Gas Electron Multiplier (GEM) is a technology for gaseous detector introduced by F. Sauli in 1996, at CERN [36]. Various developments have been made to improve the GEM detectors over the years. They are based on the use perforated plasticplates (thin kapton foils of about 50um) coated on both sides with metallic or resistive coating (copper of about 5um) .
The perforations are usually double-conical, with an inner radius of 50um and an outer one of 70um, disposed on a hexagonal grid of 140um pitch. Applying a moderate difference of potential (100V) between the two conductive sides of the GEM, a strong electric field (10kV/cm) is created at the center of the holes, where the field lines are focused initiating an avalanche: part is collected on the bottom side of the GEM, and the rest of the electrons drift towards the read-out anode – or the next amplication stage, in a multiple GEM-stack. A unique feature of this technology is the ability to put several GEMs in cascade to reach multiple amplification factors of over 106. This work provides the necessary information on the distribution of beta particles in the various components of the GEM detectors for the construction of clinical and preclinical imaging devices, based on the information from emissions from Cu-64 radiopharmaceuticals. The high spatial and energy resolution of the GEM detectors will make it possible to distinguish different radio-markers in small volumes and are very useful in detecting very low radiation levels as well as in single photon counting mode.

Detection of Beta particles by scintillators

Scintillators are materials (solids, liquids or gases ) that produce sparks or scintillations of light when ionizing radiation passes through them. The passage of a charged particle through matter could temporarily raise electrons in the material into excited states. When these electrons fall back into their normal state, light may be emitted and detected as in the scintillation detector he amount of light produced in the scintillator is very small. It must be amplified before it can be recorded as a pulse. The amplification or multiplication of the scintillator’s light is achieved with a device known as the photomultiplier tube (PMT). A PMT accepts a small amount of light, amplifies it many times, and delivers a strong pulse at its output. Scintillators could be made of either inorganic crystals or organic compounds.

Inorganic scintillators rely on the crystalline nature of the material for light production and most have impurity atoms, with ionization potentials less than atoms of the crystal, added as activators. Photoelectric absorption or Compton scattering in the crystal leads to scintillation light that is usually converted to an electrical pulse by a photomultiplier tube. Ionizing radiation may elevate electrons from the conduction band to the valence band of the crystal. The electrons can migrate in the conduction band and holes left in the valence band may also move and ionize a host atom that it encounters. The impurity ions introduce trapping levels in the energy gap between the valence and conduction bands.

Organic detectors are low energy resolution detectors. They are useful for detecting a variety of radiation especially in coincidence systems where a particle or gamma-ray loses a small part of its energy to the detector. Among all the detectors, plastic scintillators exhibit very short response time and are extensively used for
experiments where accurate measurements of very short time intervals at the level of nanosecond must be obtained. Other common applications of Plastic scintillators offer high performance, ease of handling, and mechanical stability at a relatively lower cost when compared to inorganic scintillators such as NaI, CsI or LaBr crystals

In a semiconductor detector, a solid media replaces the gas. When a beta particle enters the detector, it causes struck electrons to be raised into the conduction band, leaving holes behind in the valence band. The electrons and holes move under the influence of an imposed electric field, causing a pulse of current to flow. Such detectors are useful mainly for low-energy beta particles. A less obvious but fundamental advantage of semiconductor detectors is the fact that much less energy is required (~3eV) to produce a hole-electron pair than that required (~30 eV) to produce an ion electron pair in gases.
These detectors offer by far, the best spectral-resolution. Their high-resolution is especially important in the identification of the isotopic composition of the source of
radiation and in the ability to detect a source in the presence of background. Most promising of these detectors are those based on the CdTe or CdZnTe. These materials have, until recently, been available in only small volumes (~ few

) but they do have the advantage of being able to provide a spectral-resolution some 30-40% better than LaBr 3 . These detectors will not play a significant role when a large volume detector is required because of their small size and modest stopping power.