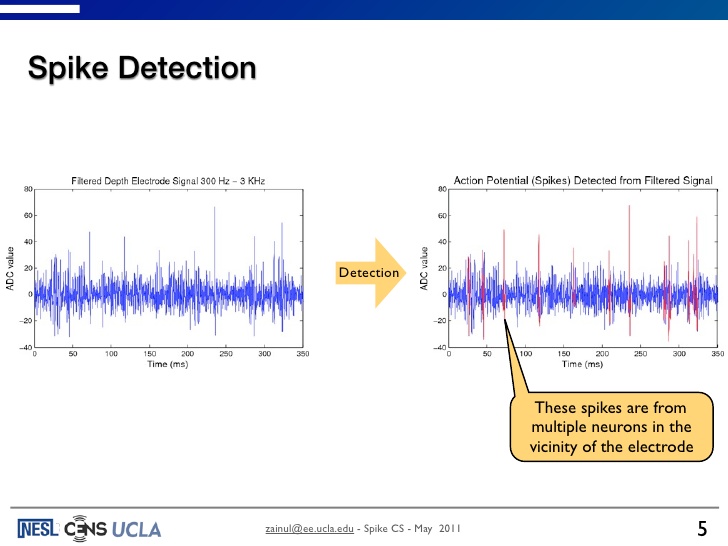 1. Precision Timing Spike Detection (PT) :
PT employs a differential threshold, pulse lifetime period, and refractory period to detect spikes. It searches for a peak within the set PLP after a peak of opposite polarity is found. Provided that these two exceed a differential threshold, the timestamp is stored as a spike and the algorithm begins the search for a new spike after a refractory period

2. Tucker Davis Technologies (TDT) algorithm :
TDT performs spike detection with a threshold multiple of the root mean squared (RMS) of the signal updated for segments usually lasting more than 5 ms windows. A fixed window can be included after a spike is detected to avoid duplicates. The user sets these two/three parameters.

where ? denotes the resolution parameter. It can be shown that this parameter is related to the frequency of the spikes and its optimal value depends on their width . The values for k were selected as these were presented as reasonable values in.