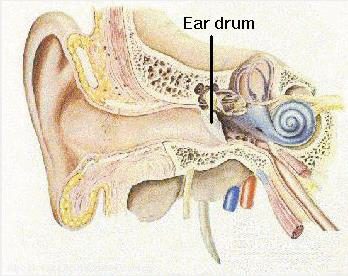 Fig 1 shows the anatomy of the human auditory system. The ear consists of 3 parts Outer ear:-The part of the ear from the outer ear up to the ear drum. Middle ear :- The cavity behind the ear drum, comprising of bones, which aid in hearing. Inner ear: The blue coiled structure shown in Fig is the cochlea, which makes up the inner ear.

Fig 2 shows the geometry of the cochlea. The cochlea has fluid-filled spaces. The cochlearwalls consist of bones that form cavities of gradually reducing cross section. The cochlear cavity consists of a fluid-filled membrane that runs along the center of the cavity. This fluid-filled membrane is referred to as the Scala Media, which divides the cochlea into two other chambers.
Scala Vestibuli:- This chamber lies above the scala media and ends at the oval window at the base of the cochlea.
Scala Tympani: It lies below the Scala media and ends at the round window membrane at the base of the cochlea.
The Scala Tympani and Scala Vestibuli run from the base to the apex of the cochlea, where they merge at the opening called the helicotrema.
The Scala Media contains a fluid called endolymph (marked in blue), whereas The Scala Tympani and Scala Vestibuli contain a fluid called perilymph (marked in orange). The perilymph and the endolymph do not come into contact with each other.

Fig 3 shows the simplified model of the cochlea. External sound waves cause the tympanic membrane (ear drum) to vibrate, which causes the bones in the middle ear to vibrate and transmit the motion to the oval window. The oval window deforms and produces pressure waves in the perilymph, which are transmitted to the endolymph of the cochlear duct. The pressure waves displace the basilar membrane, which transmits the motion to the perilymph of the scala tympani and this causes a displacement of the round window membrane. The organ of corti lies along the length of the basilar membrane. The organ of corti has hair-like cells which are displaced due to the movement of the basilar membrane. This generates electrical impulses, which are transmitted to the brain via the cochlear nerve, permitting us to hear.

Figure 3: Simplified model of the cochlea.

Borkholder et al. conducted a cochleostomy (drilling a hole through the cochlear wall into the scala tympani) and a posterior canal canalostomy (drilling a hole through the semicircular canals) on murine cochlea. It was hypothesized that the canalostomy would induce perilymphatic flow from the apex to the base of the cochlea and aid in drug dispersion. The effects of performing just a cochleostomy for drug injection were compared to an approach which was a combination of cochleostomy with canalostomy. It was determined that acombination of both approaches reduces concentration gradients.
Chen analyzed the effectiveness of a reciprocating perfusion system, where a hole is drilled into the scala tympani of the cochlea of a guinea pig, and the perilymph is drawn through a catheter and is reciprocated through a reservoir containing the desired drugs. This method delivers drugs directly to the inner ear without the need for separate holes for inlet and outlet.
Borkholder et al. investigated drug delivery to murine cochlea by delivering drugs directly to the RVM and via a posterior semicircular canalostomy. It was determined that by combining both the approaches, drug efficacy increased.
Improving cochlear drug delivery methods rely on invasive procedures, which require surgical precision and may cause hearing loss. Hence an investigation of alternate methods like oscillating the flow of cochlear fluids to improve drug dispersion is required.