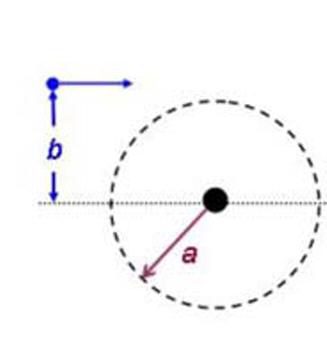 In a typical beta decay, a radioactive nuclide emits a beta particle when a neutron/proton transforms into a proton/neutron emitting a beta particle in the process, which could either be an electron or a positron. Beta particles are fast electrons or positrons produced in the weak interaction decay of neutrons or protons in neutron or proton rich nuclei . In a radioactive nuclei with more neutrons than proton, will decay by emitting an electron, an electron neutrino, and convert the neutron into a proton. The decay process could be represented by
n →

+ (0)
on the other hand, nuclei which has more protons than neutrons would decay by emitting a positron, neutrino and convert the proton into a neutron. This decay could be represented by
p → n +

+ υ (1)
Alternatively, a third process in with an electron close to the nucleus is captured by a proton is called electron capture which could also be represented as
p +

+ → n + (2)
This processes transforms the nucleus of one atom into another (nuclear transmutation), as the daughter nucleus now contains one proton more or less as the case may be.

Energy released in this decay is in fact shared between the beta particle and the neutrino. Contrary to what we expect, there are “no” even sharing (for the most part) of this kinetic energy between both ejected particles during this process, rather the sharing is random between decays. This random sharing of energy between both particles gives the electron( beta particle, which is detectable) a kind of spectrum or energy distribution, for a nuclide decaying by the emission of

. Thus having a maximum possible energy of for each decay and distribution that also shows the minimum energy available. This thus, gives a unique signature to every beta emission from every radioactive nuclide.

Interaction of beta particles with matter

As ionizing radiation propagates through matter, it interacts and losses energy via several mechanisms. To detect such radiation, we look for the unique feature of the interaction and the amount of energy deposited in the material . In nuclear medicine these materials are either detectors or absorbing medium (human tissue). Thus one needs to know how radiation interacts and what the consequences are of the various interactions. In this work we focus only on Beta interactions with matter particularly their interactions with select materials and elements such as air, water, Kapton, berillium(Be), copper (Cu), and iron (Fe). These elements and materials constitute both the medium (air and water mimicking human tissue) and detector components ( Be, Cu, Fe). Consequently, a radiation detector depends on the manner in which the radiation to be detected interacts with the material of the detector itself.
Beta particles at low kinetic energy interact with a medium primarily through the long range Coulomb force with the orbital electrons and the nucleus. When beta particles interact with a medium they loose energy and are brought to rest after transversing a finite distance called range. The range depends on the type and energy of the incoming beta particle and the material it is transversing. Depending on the proximity of the incoming beta particle to the atom of the medium, this interaction could lead to either cause an excitation or ionization of the atom. Ionization occurs when the incident beta particle interacts closely to an orbital electron with energies greater than the electron binding energy, knocking it out of the atom completely and thus ionizing the atom. On the other hand, when the incoming beta particle interacts from a distance with just enough energy to raise an orbital electron to a higher shell the atom becomes excited. Collisions (interactions) that result to ionization or excitation are called inelastic collisions. Classically, these interactions can be divided into three categories depending on the impact parameter b compared to the atomic radius a:
1. Interaction of the charged particle with the external nuclear field (bremsstrahlung production) for b << a.

2. Interaction of the charged particle with orbital electron for b ≈ a.

3. Interaction of the charged particle with orbital electron for b >> a.

Fig 4 A soft collision between a charged particle and an atom for b >> a. In this case the atom would be in an excited state afterwards

There are two mechanisms by which beta particles deposit energy in matter, these are:
A. Collisional losses
B. Radiative losses

A. Collisional Losses.
This is the result of interaction between a fast moving beta particle and an orbital electron a medium. It could cause excitations or ionization of the atoms in the medium. Ionization loss by electrons and positrons differ somewhat, especially in heavy particles because of the spin, and kinematics of the incident beta particle with the electrons which it ionizes.
At low energy, energy transfer from the beta particle to matter in each individual atomic interaction is generally small, so that the particle has to undergo a large number of interactions before it comes to rest. Large scattering angles would be expected during collisions since the particles involves are of the same mass. In some collisions, beta particles could be bounced back from the same surface or direction they entered into the medium . This phenomena is called backscattering.
Backscattered beta particles do not deposit all their energy in the medium, and therefore they constitute a significant flaw in the response of the detector which been designed to collect electron energy spectra. Beta particles with high incident energy and absorbers with low atomic number have the lowest probability for the backscattering effect. The effect is particularly strong for beta particles with low energy, and increases with the atomic number Z of the material. Backscattering also depends on the geometry, energy and incidence angle of the beta particles . In detectors for instance, a large fraction of electrons may be scattered out before being able to produce a usable signal .
B. Radiative losses
This occurs when a beta particle passing a nucleus is deflected by the Coulomb field of the nucleus and it emits a bremsstrahlung radiation. The emitted radiation has a continuous energy distribution from zero to a maximum kinetic energy of the incoming electron.

is the kinetic energy of the incoming beta particle

/g and then referred to as the mass stopping power S equal to the linear stopping power divided by the density ρ of the absorbing medium.
In addition to stopping powers, other parameters of charged particle interaction with matter, such as the range, energy transfer, mean ionization potential, and radiation yield are considerably as important in nuclear imaging and radiation dosimetry.