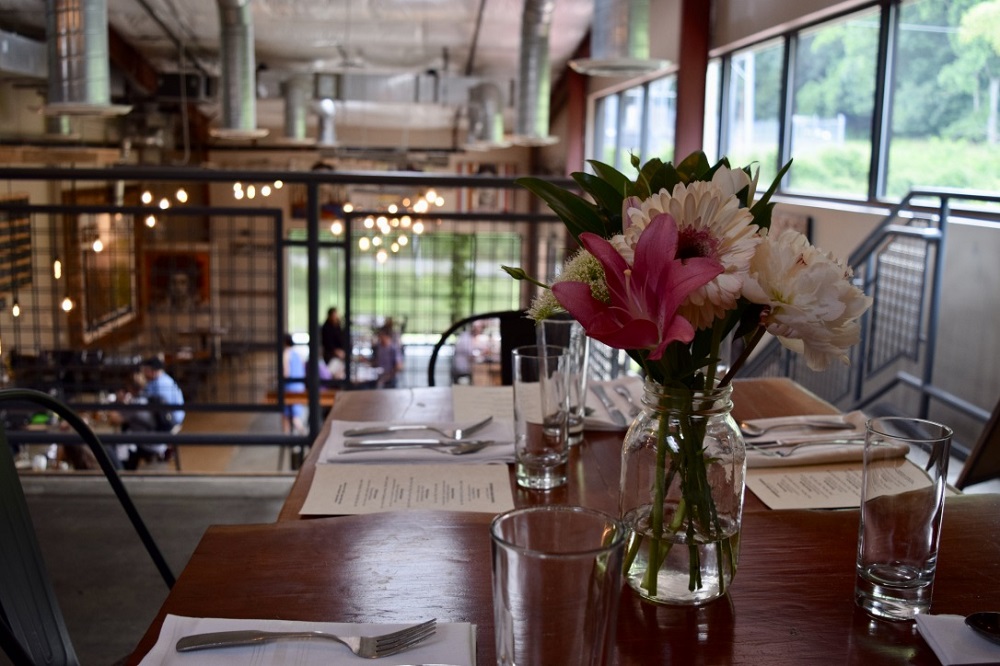 Beer has been brewed in America since colonial times and is a quintessential part of American culture. Founding father Benjamin Franklin has been credited with saying that “Beer is proof that God loves us.” However, only recently have the vast majority of Americans awoken to the existence of more than ales and lagers, spurring the burgeoning craft beer industry of the late 20th and early 21st century. The craft beer phenomenon has grown quickly in the Commonwealth of Virginia. From urban Richmond to the Blue Ridge Mountains, the craft beer revolution has exploded across the Commonwealth, due in no small part to relaxed regulations. The passage of SB604 in 2012 allowed for alcohol sales at breweries directly to customers for consumption without the need for a restaurant, allowing for a new revenue stream for businesses.At roughly the same time, the explosion of global mass tourism has encouraged studies into its causes, effects, and impetus. Gastronomy tourism is one such area of study, regarding local food as an attraction unto itself; akin to sun and sand or adventures, gastronomy tourism holds something unique to one particular time and place for visitors. An area of growth within gastronomy tourism is beverage tourism. While wine has been studied extensively, researchers have largely ignored beer. Indeed, while a few macro-breweries in a country as large as America may not generate much tourism demand, the growth of the craft industry presents a unique set of circumstances that deserve further exploration.

Due to the exploratory nature of this study, no hypothesis statement can be formulated at this time. However, a goal of this study is to conduct scientific research, and through the review of numerous variables, find areas of future research to based on the below null hypothesis:

H0: The demographic and expenditure profile of craft brewery visitors in the Commonwealth of Virginia are not different from that of winery visitors.

Tourism is the phenomena of the movement of people from their usual place of residence to a new location for business and/or pleasure . By 2017, U.S. domestic travel will account for upwards of 2.1 billion trips, with expenditures in excess of $900 million, and account for 5% of national GDP . This level of economic impact has only grown in recent years as municipalities realize tourism development can be a boon for local businesses. Thus, the definition adopted for this study defines tourism as “the processes, activities, and outcomes arising
from the relationships and the interactions among tourists, tourism suppliers, host governments, host communities, and surrounding environments that are involved in the attracting and hosting of visitors” . Moreover, these processes, activities, and outcomes are helped or hindered by their respective governmental, social, and environmental stakeholders.

Drilling further, there exist two sectors of tourism activities. The first is mass tourism, or broad interest activities, such as theme parks,
beach-and-sun locations, or those locations otherwise geared toward dedicated tourism activity. Mass tourism can also be further defined as the significant movement of people for leisure activities, typically as large groups and/or tours. The natural converse of this type of tourism is niche tourism. Characterized by special and specific interest, niche tourism is typically smaller in scale and but fine-tuned with a depth in cultural, environmental, urban, rural, or other areas . Moreover, niche tourism is also characterized by smaller groups, if not individuals, undertaking tourism activities. Because of this smaller size, there is also a lesser stigma attributed to this type of tourism as it pertains to environmental impact.

Gastronomy tourism, as it exists in one time and place, and typically in a particular style, can be easily characterized as one of these niches. The idea that the food and drink of a destination can itself be an attraction has been well studied. In Taiwan, the marketing of a destination through food was explored as a means of differentiation. By distinguishing itself from its neighboring countries, Taiwanese tourism sought to appear as a different tourism market as the food
was different. This has resulted in tourist opinions that see Taiwan as different from nearby countries, despite their similarities. In Italy, the reputation of olive oil and wine attracts visitors to wineries and farms to experience the product and process. Additionally, the attraction of this type of lifestyle to tourists to take in creates a unique experience in conjunction with the food.

In particular, wine and spirits have been studied to determine if beverages themselves are an attraction. Specifically, this has been described as beverage tourism, where like food, visitors will go to attractions geared toward the niche of making beverages. The motivations, attitudes, impacts, and outcomes of wine tourism in particular have been studied both in the United States and abroad . Similarly, the draw of the spirits distillation process has attracted visitors to the production facilities of whiskey. In Scotland, the interest in scotch whiskey has grown significant tourism interest and spurred new tourism development for these distilleries. Because of this interest, additional employees to act as tour guides and guide managers, as well as special facilities specifically for tasting, showcasing, and walking through the distillery, are all positive impacts for both the businesses and tourists.

The Brewers Association defines a craft brewer as “small, independent, and traditional,” or 6 million barrels of beer or less is produced by an entity that is predominantly owned by non-craft brewer company, and a brewer that makes mostly beer rather than malt beverages. Brewing in the Commonwealth of Virginia is an activity that has been done since colonial times. George Washington and Thomas Jefferson, both founding fathers of the United States, are storied to have brewed and sold their own beers in the 18th and 19th centuries. Today, the art of craft brewing has experienced a resurgence since the first craft brewery opened in 1994. From that humble beginning 20 years ago, there now operate 72 craft breweries in the commonwealth, as reported by the Virginia Tourism Corporation.