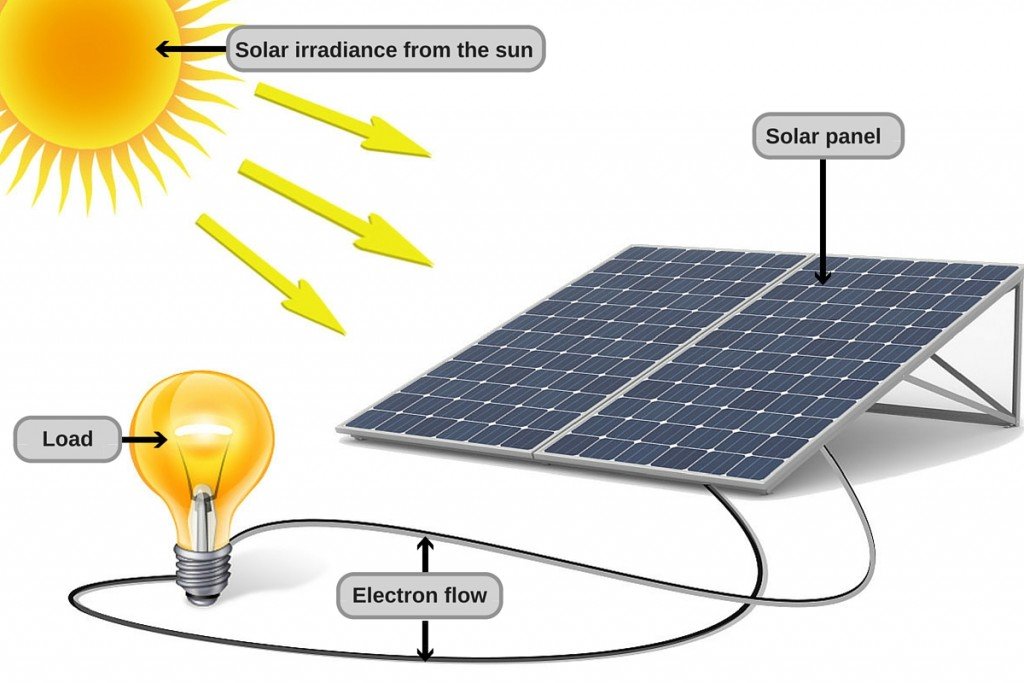 The twenty first century is faced with great challenges and concerns regarding energy demand and supply . With the growing population, currently approximated around 7:3 billion, and in- creasing modernization and industrialization, the global demand for energy is expected to increase drastically, more than triple, by the end of the twenty first century . On the other hand, the prevalent energy generation techniques heavily rely on non-renewable resources that do not renew at the suffcient rate that would allow for sustainable extraction . Moreover, the environmental concerns pertaining to the effects of non-renewable energy sources, such as pollution and global climate change are growing globally . For this reason, new and sustainable alternative fuels are required in order to meet future demand and energy regulations. Some of the major future chal- lenges of this century are finding new sustainable energy sources and developing new technologies in order to increase the effciency and reliability of renewable energy sources thus enabling them to compete with the conventional energy sources. The main sources of renewable energy are the sun, wind, biomass, hydro, tides, waves and the Earth’s heat (geothermal). The main focus of this dissertation work is solar energy, mainly PV systems. Solar energy is the energy originating from the fusion reaction of hydrogen atoms in the sun. The fusion reaction releases a substantial amount of energy which helps keep the sun burning. This energy is transmitted to the Earth in the form of electromagnetic waves and photonic particles . When received on Earth, solar energy collectors are used in order to capture this energy and ultimately transform it electricity or heat. There are two main technologies currently used for transforming solar energy into electricity:

1. PV technology
2. Solar-thermal technology (concentrated solar power (CSP))
The basic component of a PV plant is the PV cell that transforms solar energy into electric energy. PV cells are semiconductor materials that produce photo-current when exposed to the sun;

this is referred to as the photovoltaic effect. When a PV cell is exposed to sun light, energy will be transformed from the incident light particles to the electrons present in the valence band of the molecules composing the semiconductor material . This energy excites the electrons allowing them to move to the conduction band where they become free . In this process, the solar energy is converted into direct current (DC). PV cells are connected in series and parallel congurations in order to form PV modules that in turn are connected in order to form PV panels as shown in Fig. 1 There are two main technologies that are currently dominating the PV cells industry:

1. Crystalline Silicon: mono-crystalline and poly-crystalline silicon cells account for the majority of PV cells production and are the main types that are being commercially used in the meantime.
2. Thin Film: newer technology that utilizing a thin layer of semiconductor material ranging from few nano-meters to few micro-meters mounted on a certain substrate (glass, plastic, or metal). 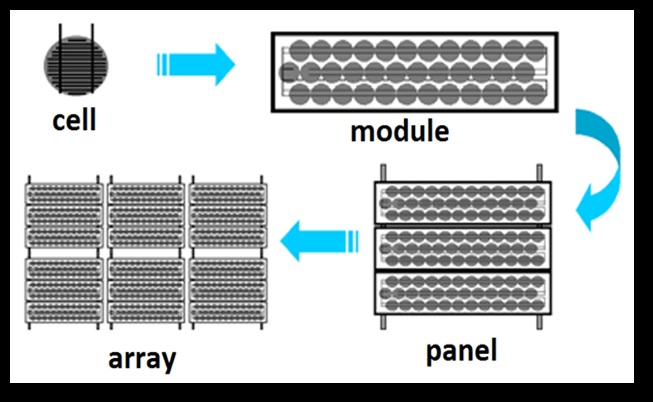 Other PV cell technologies that are mostly still in the research stage include compound semicon- ductor (GaAs-based), organic cells, organic Tandem cells, inorganic cells, and quantum dot cells. The solar-thermal energy, or CSP, technology uses mirrors in order to concentrate the incident solar rays over a large area on one focal point, usually located on top of a high tower. Or alter- natively, the high precision re ector panels concentrate the solar radiation directly from the sun onto an absorber pipe located along the focal line of the collector . The temperature at the focal point, or focal line, can reach extremely high levels; therefore, the produced heat is used to drive a heat engine. In this process, the heat will be subjected to a liquid reservoir, or a pipe where a certain liquid will ow, in order to form steam that can drive a steam turbine connected to a
generator. The PV systems exist in two basic forms:
1. Off-grid PV systems
2. Grid-tied PV systems
Grid-tied PV systems at the distribution level can vary from small-sized roof-top systems (< 10kW) to medium commercial plants (< 1MW) to large utility-scale plants (> 5MW).