SOCIAL MEDIA AND ITS UBIQUITOUS NATURE

SOCIAL MEDIA AND ITS UBIQUITOUS NATURE

Kaplan and Haenlein defined social media as the “group of internet applications that built on the ideological and technological foundations of Web 2.0, and that allows the creation and exchange of user-generated content.” According to statistics of SEJ (Search Engine Journal), more than 2 billion people (almost 35% of world’s population) are social media users. The major contributors are Facebook, Twitter, Instagram, LinkedIn, Google+, YouTube, etc. Facebook occupies the first position with 1.5 billion users, and Twitter is in the top 10 with 316 million users. With these great number of users in the social media, the data generated by these sites is also high. For instance, Facebook generates almost 4 million posts every day. 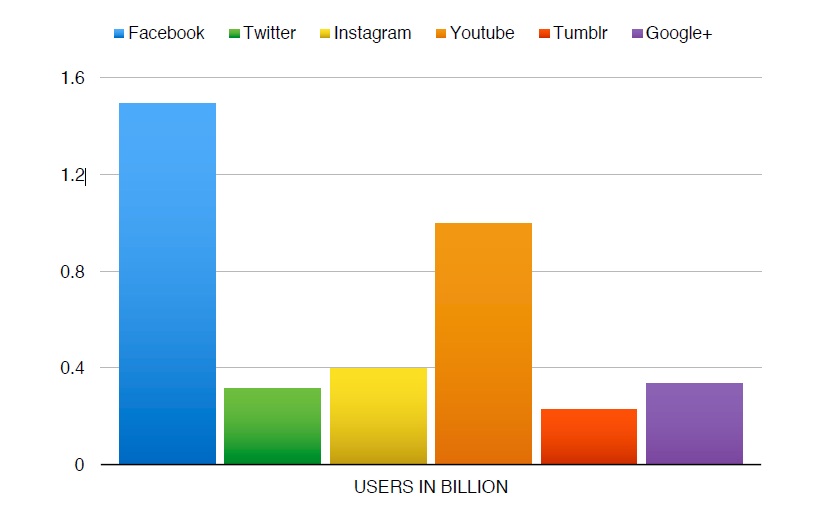 People are adopting social media as a platform to express their opinions on various things such as movies, products, and politics. So social media offers a good source of information for gathering the people opinions and views.

Twitter, a microblogging website offers an efficient platform for performing sentiment analysis. People express their opinion in the form of small messages called tweets, which can be displayed as publicly or can be restricted to a particular group. Twitter has been selected for the following reasons:
• It is a common open-source platform.
• By limiting the maximum number to 140 words for a tweet, Twitter also forces
the user to express his or her opinion in that limit.
• There is no need to pay for Twitter API, and it is very easy to mine them as realtime tweets, and it has an extensive collection of API’s .
• Lastly, it is a Big Pool of sentiments.

Sentiment Analysis is an area evolved from the combination of natural language processing, text analytics, and computational linguistics. It is the process of determining the sentiment or opinion or mood of the particular document or text expressed by the author. It assigns a particular polarity to the text either positive, negative or neutral; this analysis helps in determining the state of the person such as happy, angry and sad. Social network sentiment analysis involves the analysis performing on the data available from the social networking sites. Social networking sites are becoming a rich source of user-generated content with the number of users increasing daily. People express many views regarding a particular domain in different means such as blogs and posts. As it is becoming a huge platform of user-generated content, analyzing this content regarding the product or movie or the government is crucial in any domain for developing their plans.

Big Data is the data whose scale, complexity, diversity, and velocity require some new architecture, infrastructure, algorithms to manage and extract patterns from it. It is characterized by four features volume, velocity, veracity, and variety. The field of Big Data offers various tools and technologies to work with this enormous amounts of data. The most well known tools include Hadoop, Spark, Hive, Pig, etc. This available number of tools makes it easier to extract and work with higher levels of data. There are tools available for real-time streaming such as Spark Streaming, Apache Flume, and Apache Kafka and for performing real-time data operations. Social networking sites are becoming the valuable sources of these big data; Facebook is dealing with 500 TB of data every day. More than 100 hours of videos are being uploaded to YouTube even minute . Companies such as Google, Yahoo and Bing are recording search results every day for analytics purposes. Big Data Analytics
makes it easier to perform the data analytics on this huge amount of information.