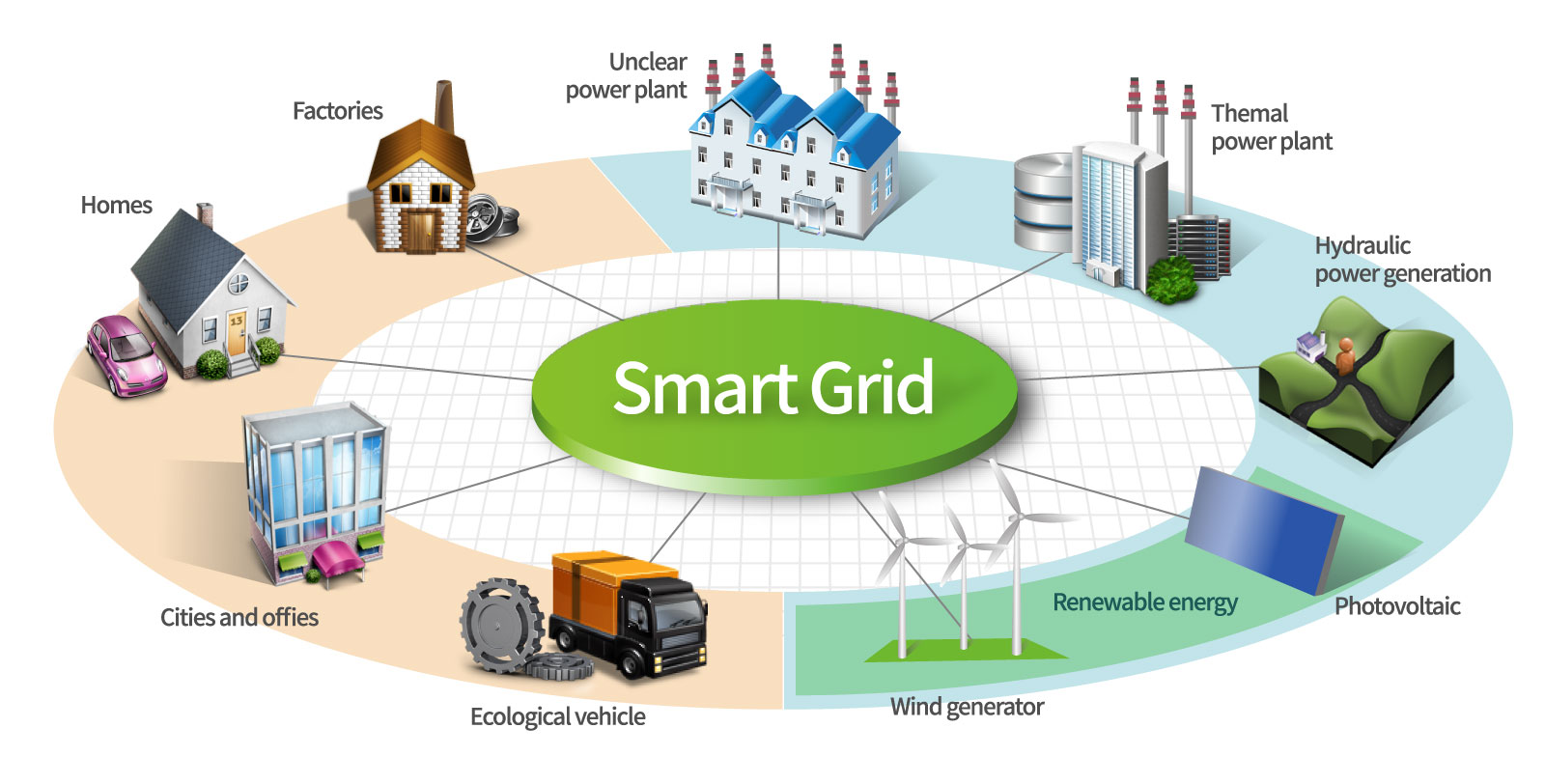 A “Smart grid” refers to the class of technology being used to modernize electrical power systems by employing computer-based automation and remote control devices. These systems operate by using bi-directional communication technology and computerized processing that has already been successfully tested and implemented in other industries. These technologies are now being deployed on electricity networks, starting from generation at the power plants and other distributed generation sources all the way to end-users and consumers of electricity in businesses and homes. A smart grid offers numerous benefits to consumers and utilities that will be realized primarily in the form of significant improvements in the efficiency of energy usage on the electricity grid as well as in offices and homes. For over a century power utility companies had to send employees out into the field to gather most of the data required to provide reliable electricity. The employees manually read meters, measure voltage and searched for damaged or malfunctioning equipment. There is still a number of devices on the current utility grid that have the capability to be computerized and automated. Equipment manufacturers are investing heavily in research and development to provide tools and equipment to modernize the power industry . The “smart grid” is essentially the transmission and distribution network that transports electricity from the power generation plant to the consumers. The grid comprises cables, transformers, substations, circuit breakers, switches along with numerous other monitoring, control and protection devices. Similar to modern “smart” phones designed with computers built in, a smart grid equates to “computerizing” the electric power grid by using two-way digital communication devices. Every device on the network such as fault detectors and power meters have sensors which gather data and relay that information using digital two-way communication between the field-device and the network operations center of the utility. A crucial feature of the smart power grid is the automation technology which allows the utility company to control and regulate millions of devices from a centralized location .

The implementation of the smart grid has brought about an escalation in the importance of the telecommunications and information technology (IT) infrastructures in ensuring the security and reliability of the electric power sector. It is therefore imperative that the cybersecurity of systems plus information in the telecommunications and IT infrastructures be addressed by a constantly evolving electric sector. Cybersecurity must be incorporated in every phase of the development life cycle, from system design phase through to the implementation, maintenance, and end-of-life. Cybersecurity must not only address intentional attacks initiated by disgruntled employees, terrorists or industrial espionage but also instances of inadvertent compromises of the critical information infrastructure resulting from user errors, natural disasters and equipment failures. Weaknesses could allow an attacker to infiltrate a control network, acquire access to control software, modify electrical load settings that could destabilize the electric grid in unpredictable ways. The current evolution to the smart grid, will directly involve the telecommunication and IT sectors. Both sectors have established cybersecurity standards that address known vulnerabilities as well as assessment programs to identify unknown vulnerabilities in their systems. These infrastructure vulnerabilities must be evaluated within the smart grid environment. Additionally, the smart grid will have vulnerabilities due to its complexity, because of the significant number of stakeholders and time-sensitive operational requirements. Cybersecurity in the power industry considers issues involving communications and automation that impact the operation of power systems, the functions of the electric utilities responsible for managing them, along with the business processes designed to support the customer base. The focus in the power industry, has been on implementing equipment that improves the reliability of the power system. Communications and IT equipment were previously viewed as supporting the reliability of the power system. These sectors are becoming increasingly more critical to maintaining the reliability of the electric power system. For instance, issues due to communications latency in the control system was a contributing factor to the blackout in August 14, 2003. Apart from the initial problems with the power equipment, the constant and cascading failures were mainly due to glitches in providing the correct information to the correct individuals within the required timeframe. Additionally, failures of the IT infrastructure were not due to attacks by internet hackers or terrorists; the failures were triggered by inadvertent events— lack of key alarms, blunders, and poor system design. For that reason, inadvertent compromises ought to be addressed, with the focus considering all potential hazards .