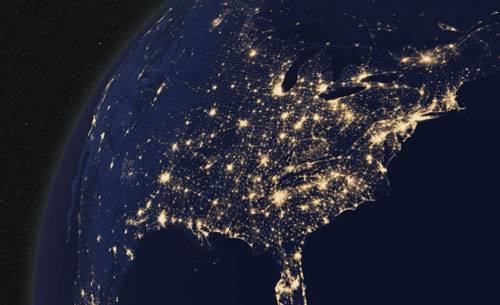 Electric power has become a major portion of energy supply all over the world after industrial revolution. As the major power supply to a wide range of customers, the qualification of power systems operation has a significant influence on both the happiness of individual’s daily life and the economic development of the society. A successful power system operation requires the ability of power supply to provide reliable and economic service to customers. One requirement for the reliability of the power system is to supply loads with adequate power without interruption. A major achievement for power systems, after hundreds of years of development, is the large area interconnected transmission systems constructed to deliver adequate electric energy to loads. Another important requirement for the reliable power system operation is to maintain power system security, which highlights the capability of power systems to maintain voltage and frequency within certain limitations under disturbances.Power system security, to be more specific, is the ability of the bulk power electric system to withstand sudden disturbances such as electric short circuits or unanticipated loss of system components . This definition is defined by the North American Reliability Council (NERC), and has been widely accepted in both industry and academic research. A joint working group, by the CIGRE Study Committee 38 andthe IEEE Power System Dynamic Performance Committee, clarified two aspects of security analysis in. A secured power system operation requires that the system, when a sudden disturbance occurs, will: i) survive the transient period and move into an acceptable steady-state condition, and ii) in the new steady-state condition, all the voltages and frequency of the power system are within established limits The latter analysis, to meet steady-state requirement of the post-disturbances system, is the subject dealing with static security analysis. The former concern of transient analysis is called the dynamic security analysis.

A DSA system mainly deals with transient stability problems. On-line transient stability studies can be performed both before or after the fault. Post-fault analysis is relatively easier because disturbances happen randomly most of the time. A large disturbance can be any major change in loads, a fault on the transmission line, or a failure in a piece of equipment. Knowing fault conditions will effectively accelerate the computational speed by reducing the complexity of the problem. However, being
able to predict endangerments for power systems pre-fault is necessary and crucial for preventing possible failure during operation.

Phasor measurement unit (PMU) is a device which has the capability to provide accurate synchronous phasor measurements of voltages and currents in power systems. According to IEEE standard for Synchrophasor Measurements for Power Systems , the frequency error for PMU is limited within 0.005 Hz, while the precision of the relative voltage angle is 0.02 electrical degrees. Furthermore, PMUs can communicate with Phasor Data Concentrator (PDC) to upload and collect data for a wide area network (WAN). Therefore, PMUs have the capability to provide accurate phasor measurements for the calculation of system states in WAN. In a modern power system, sophisticated monitoring systems, along with control and protection systems, have been applied to diminish the impact of unexpected disturbances in the system. Because using PMU data can reduce the computational burden as well as improve the accuracy of calculated results, many countries aroundthe world have been building PMU-based monitoring systems. For example, about 2,000 commercial-grade PMUs were installed by 2015 in the U.S. . The number of PMU installations is still increasing.