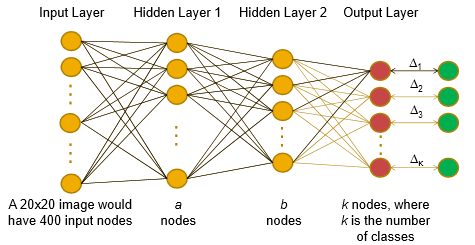 The inputs are weighted and summed as shown in the preceding image. The sum is then passed through a unit step function, in this case, for a binary classification problem. A perceptron can only learn simple functions by learning the weights from examples. The process of learning the weights is called training. The training on a perceptron can be done through gradient-based methods which are explained in a later section. The output of the perceptron can be passed through an activation function or transfer function, which will be explained in the next section.