Overview of technology: challenges and limitations of large scale charging of Electric Vehicle 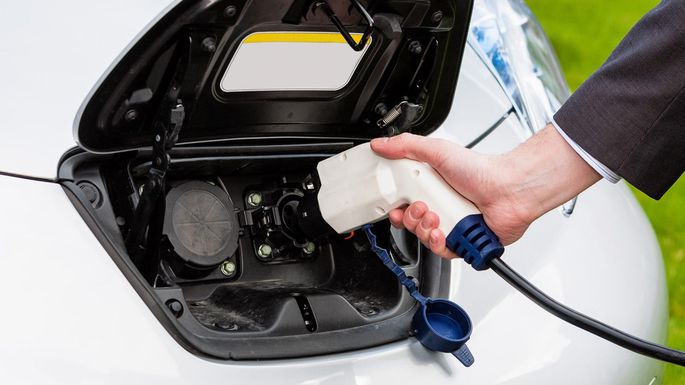 Overview of technology: challenges and limitations of large scale charging of Electric Vehicle

However, before the win-win situation comes true, multiple technical challenges need to be solved. It has been shown that, with no proper management, the large scale charging of EVs can impact demand peaks, reduce reserve margins, and increase prices. It may also lead to negative consequences on voltage control, power quality (harmonics and subharmonics), phase balance and relay protection.

The operation of EVs in a distribution system will be a challenging demand side management problem from the utilities’ perspective since EV battery chargers represent sizeable loads. Numerous EV owners tend to arrive home from work within a narrow time period and immediately plug-in their vehicle to a charger during a time of already high peak demand. These un-managed charging activities could significantly change the load profile of the grid, increase system losses, cause inefficient dispatch, increase the real-time localized marginal price, and draw down the voltage level. Studies showed the increase in peak load can be as large as 80% and the drop of the voltage level can be more than 14%. According to the study of Oak Ridge National Laboratory, additional generation capacity is needed to satisfy the added demand when EV charging in the evening in most regions. The authors of show that uncontrolled EV charging may reshape the demand load and create new peak periods. The intensified peak load reduces the spinning margin and makes the system less reliable.
Second, the EV charging introduces extra demand burden to the transformers in the distribution network. A commonly used 25kVA neighborhood transformer serves the load of typically 5-7 households. The level 1 charger accounts for around 1/3 load of a household and the level 2 charger accounts for around 1 more household load. The load during the peak period may cause the transformer to be overloaded, which can decrease a transformer’s expected lifespan by 20%.
On the other hand, EV chargers draw AC power and convert it to DC, which produces harmonic distortion in the distribution system. The distortion in voltage and harmonics in current in distribution networks cause all kinds of problems, including excessive neutral current and transformer hot spots. The harmonic distortion of different models of batteries varies. However, the impact of EV charging is additive. The charging processes of all EV chargers start at typically the same time in order to use the cheapest energy during the offpeak hour. Massive EV charging will not only affect the magnitude but also the phase angles of individual harmonic components.
Besides the negative impact on the grid, there are several commonly-cited barriers to EV and EVCS adoption. First, EVs are more expensive than their conventional gasoline vehicle counterparts. The manufacturer’s suggested retail prices (MSRP) for the 2016 model of Nissan Leaf and Chevrolet Volt are $32,450 and $33,170, respectively, while the average price for a comparable conventional vehicle (e.g., Nissan Sentra, Chevrolet Cruze, Ford Focus and Honda Civic) is between $16,000 and $18,000. A major reason behind the cost differential is the cost of the EV battery. As battery technology improves, the cost should come down. In addition, lower operating costs of EVs can significantly offset the high initial purchase costs. A study by EPRI in 2013 compares the lifetime costs (including purchase cost less incentives, maintenance, and operation) of vehicles of different fuel types and finds that under reasonable assumptions, higher capital costs are well balanced by savings in operation costs: EVs are typically within 10% of comparable hybrid and conventional gasoline vehicles.
The second notable barrier to EV adoption is the limited driving range. Plugin electric vehicles have a shorter range per charge than conventional vehicles have per tank of gas, contributing to consumer anxiety of running out of electricity before reaching a charging station. The Nissan LEAF, the most popular battery electric vehicle in the U.S. has an EPA-rated range of 84 miles on a fully charged battery in 2016. The Chevrolet Volt has an all-electric range of 53 miles, beyond which it will operate under gasoline mode. This range is sufficient for daily household trips but may not be enough for longer distance travel.
The third barrier, closely related to the second, is the lack of charging infrastructure. By 2016, there are 12,700 charging stations in the U.S., comparing to 121,446 gas stations. A large network of charging stations can reduce range anxiety and allow PHEVs to operate more under the all-electric mode to save gasoline. The installation of charging stations involves a variety of cost including charging station hardware, other materials, labor and permits. A public Level 2 charging station has 3-4 charging units and costs about $15,000 while a DC fast charging station costs over $50,000. These charging stations can be
found at workplace parking lots, shopping centers, grocery stores, restaurants, vehicle dealers and existing gasoline stations. Owners of charging stations are often motivated by a variety of considerations such as boosting their sustainability credentials, attracting customers for their main business, and providing a service for employees. Charging stations are often managed by one of the major national operators such as Blink, ChargePoint, and eVgo.
The fourth barrier is long charging times. It takes much longer to charge EVs than to fill up gasoline vehicles. An EV may not be able to get fully charged overnight if it uses a regular 110 Volt electric plug (e.g., it takes 21 hours for a Nissan LEAF to get fully charged) . To get faster charging, EV drivers either need to install a charging station at home or go to public charging stations. It takes 6-8 hours to fully charge a Nissan Leaf at a Level 2 charging station and only 10-30 minutes at a DC fast charging station. Unlike battery EVs, PHEV batteries can be charged not only by an outside electric power source, but by their own internal combustion engine as well. Having the second source of power in hybrid electric vehicles may alleviate range anxiety but the shorter electric range limits the fuel cost savings from EVs.