Interaction between Electric Vehicles charging and the grid 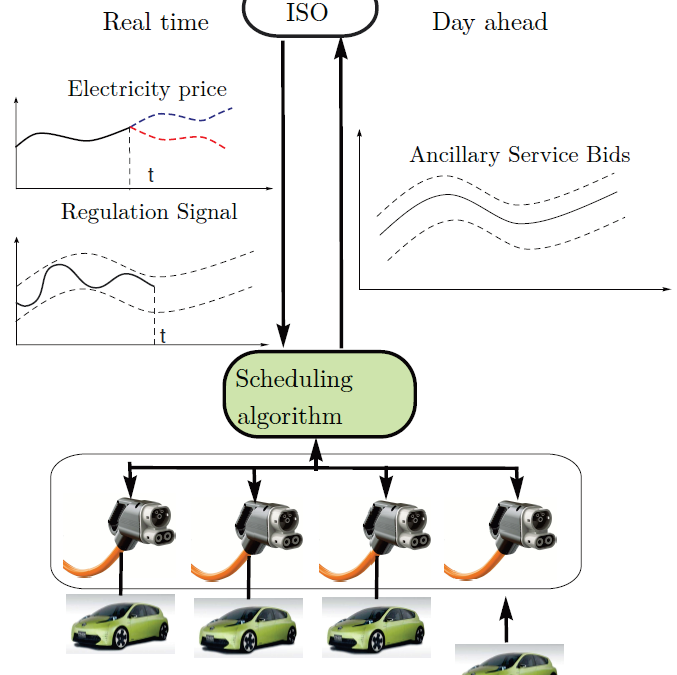 Interaction between Electric Vehicles charging and the grid

Besides the charging station, EVs are viewed as a possible solution to integrating the renewable energy to the power grid. One of the impact of EVs on renewable energy is load shifting.
The typical daily demand curve is shown in Figure 9. The daily peak happens after 6 PM and falls to the valley around 3 AM. The big ramp causes reliability problem to the grid. The existence of power peak makes reserve generation necessary which costs much higher than a regular generation. Another issue is the peak of renewable generation and the peak of demand do not overlap naturally. The peak of wind power usually happens in the evening, and solar energy reaches a peak around noon. Without sufficient storage, the output of renewables will be limited due to the grid consideration.
However, large-scale charging of EVs would play a role in load shifting. At the peak of renewable energy, energy management systems can schedule more charging of EVs and consume the output of wind and solar. When the demand reaches the peak, EVs may supply power back to the electricity grid and relieve the burden of the reserves. In this way, the charging of EVs shifts the load peak to the valley and “shaves” the demand curve. The flat curve would require fewer reserves, consume more green energy and make the grid more reliable.
The other benefit of V2G would be ancillary services provided by EVs. The output of renewables, such as solar and wind, is typically random and uncon- 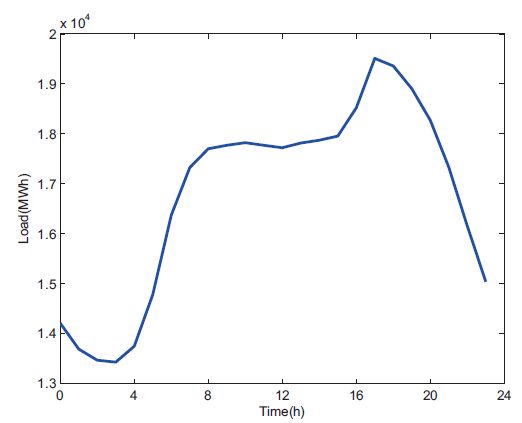 trollable. As shown in Figure 10, the output of renewables changes rapidly and randomly due to the weather. These fluctuation together with demand oscillations cause the electricity frequency deviations and harm the generators, transformers and end use devices. Usually, renewable generators need large storages, expensive devices, to hedge this uncertainty. However, when largescale EVs take part of the ancillary service market, this oscillation can be dealt by EV batteries. When the renewable output dips, the EV charging station can suspend charging and reduce the power consumption to help to restore the frequency.
In this way, the renewable generators do not need to build large capacity storages. The revenue collected from the ancillary services subsidize the EV consumers and makes the charging more economical. Meanwhile, the power grid receives cleaner energy and has a more robust system. Figure 11 illustrates an example of EV charging station participating in the