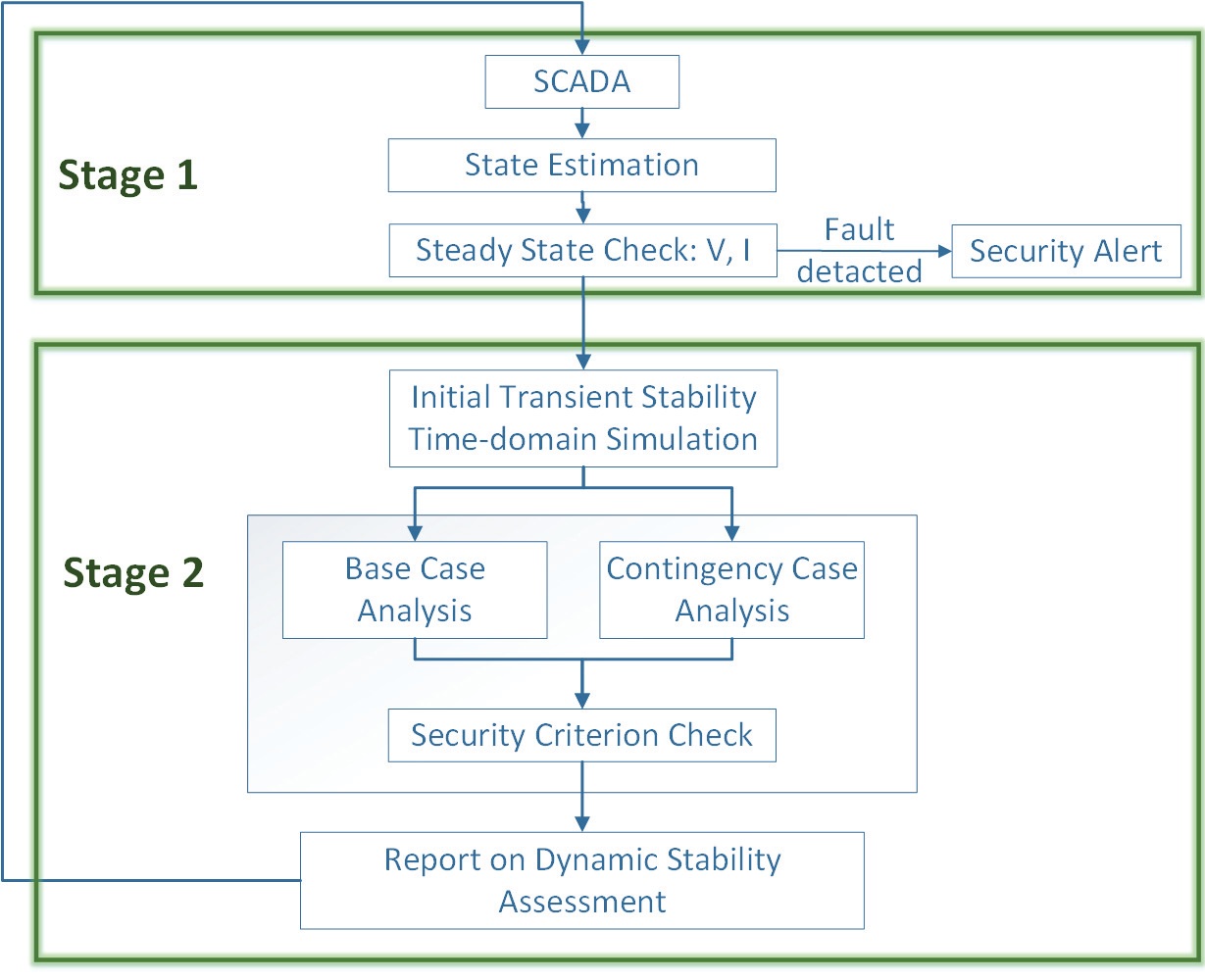 Power systems operate under the presence of random disturbances, so simply assuming steady-state operating conditions will introduce large prediction errors and may cause DSA failure. Therefore, in the first stage, DSA system will calculate and check the steady state operation condition of the system. The state estimator calculate system status, including voltage magnitude and angle for each bus, using measurement records from the Supervisory Control and Data Acquisition (SCADA) system. The measurements stored in the SCADA system are not synchronous and contain voltage magnitude of each bus, real and reactive power of each generator and load. After the state estimator calculates the states of the present working point, the DSA system will check whether the system is operating within pre-defined operation limitations. These limitations include voltage limits, thermal limits, and power output limits of generators. Alert signals will be sent when violations are detected for the above limits. The second stage will evaluate the transient stability behavior of the system for pre-defined contingencies. Stage two will be performed only after the system is determined as steady state operating condition within limitations in stage one. Time domain simulation for transient stability, based on numerical integration, will be performed to determine whether the pre-fault working point is secure or not. Existing DSA systems assume that the load of a power system does not have ramp changes, and the security behavior of the system will remain almost the same in a short period. Therefore, the current working point can represent the future working point which is desired to study. As a result, the existing DSA system uses present working point to initialize the time-domain simulation for power system transient stability studies. During the time-domain simulation of the system behavior, a list of contingencies will be added to the system to calculate accurate generator rotor angle after disturbances. The rotor angle will be evaluated to determine whether system can withstand the disturbance. The DSA system will generate a security report at the end of an assessment cycle. A full DSA assessment cycle is determined by the computational speed of the transient stability analysis, and is typically about 30 minutes to 1 hour.