Dropout is an effective way of regularizing neural networks to avoid the overfitting of ANN. During training, the dropout layer cripples the neural network by removing hidden units stochastically as shown in the following image: 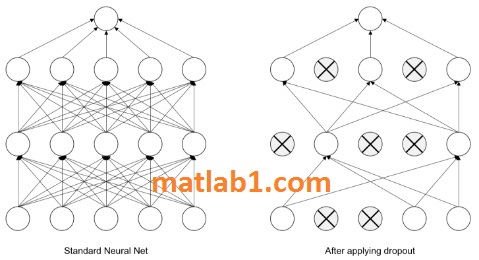 Note how the neurons are randomly trained. Dropout is also an efficient way of combining several neural networks. For each training case, we randomly select a few hidden units so that we end up with different architectures for each case. This is an extreme case of bagging and model averaging. Dropout layer should not be used during the inference as it is not necessary.