The continuous growth in the energy demand around the globe, and the limited availability of fossil fuels along with the increased awareness in the society about the impact of these fossil fuels on the environment has resulted in exploring of the renewable energy sources (for e.g., photovoltaic cells). Nowadays, renewable energy resources such as photovoltaic panels and wind turbines play an important role in the electric power generation system. 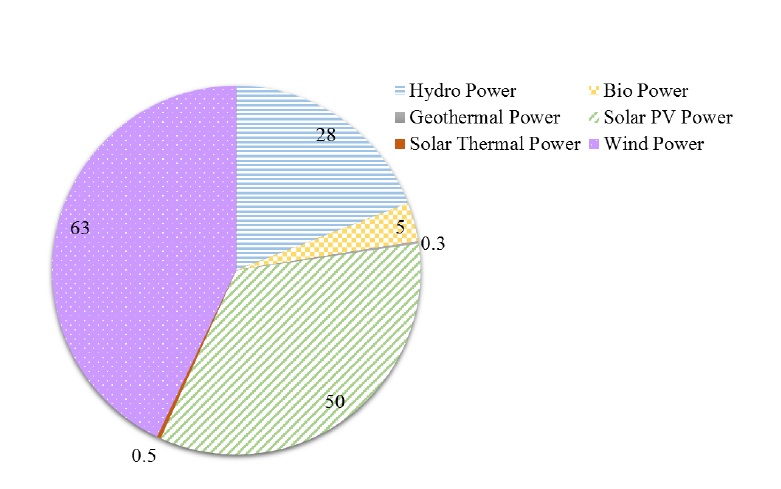 Fig. 1. Increase in installed capacity of renewable energy system in 2015

Connecting these energy resources to the power grid helps reduce the dependency of the electric grid to the price and availability of fossil fuels. Furthermore, sustainable energy sources have attracted the attention of many societies because the generated power is environmentally friendly, and the sources are not subject to the instability of price and availability that are typical of conventional energy sources such as oil, natural gas, etc. Advancements in sustainable energy technologies such as in photovoltaic panels, wind generators, fuel cells and energy storage devices, are increasing the penetration of distributed generation into the existing energy infrastructure. Wind power is the fastest growing renewable energy resource nationally and globally. Over the past decade, the global capacity of wind energy has increased from 30 GW to 300 GW , that is approximately equal to more than 200,000 new wind turbines in the energy infrastructure. In 2012, the United States increased its wind energy capacity by 60GW, exceeding natural gas for the first time ever . 60 GW is enough to power the equivalent of 15.2 million U.S. homes. The increase in global renewable energy installed capacity for the year 2015 is shown in Figure 1 As can be seen in Figure 1, wind power generation, and photovoltaic power generation installed capacity increased by 63GW and 50GW, respectively. Wind energy system and photovoltaic energy system are the major growing renewable energy conversion systems. However, while the energy produced by them is in a form that cannot be directly connected to the power grid, power electronics interface circuits are required to convert their output to a compatible form with the electric grid and local loads. Solid-state device based converters are used as an interface between sustainable energy sources and the grid. In the past several decades, primary advances in power converters have been achieved because of new semiconductor materials and high-speed solid-state switches. As a result, solid-state converters have become the enabling technology to realize a wide range of critical technologies, such as fuel-cells, wind and solar energy conversion systems .

Reliability of the Power Electronics Interface in DDWTs

Renewable energy technologies are clean energy sources that have a very low environmental impact as compared to conventional fossil fuel-based energy sources. These technologies produce power in the form which cannot be directly connected to the grid or local load and require an interface for converting the available power to a gridcompatible form. Such power conversion is obtained through solid-state based power converters. The primary advances in power converters that have been achieved by new semiconductor materials and high-speed solid-state switches have resulted in solid-state converters becoming one of the most crucial parts to execute many technologies, such as solar or wind energy conversion systems. In most renewable energy conversion systems, either a low dc voltage provided from the source must be typically boosted and converted to an ac voltage with a fixed frequency and fixed amplitude or a variable frequency ac input is converted to dc-voltage and the dc voltage is then converted to a symmetrical three-phase ac output. The power electronics interface in most wind turbines consists of a rectifier, an inverter, and an energy stored element, which is generally a dc-bus buffer formed by electrolytic capacitors . For DDWTs, the back-to-back converter is the most failure prone component . However, the point of failure within this power electronics interface is well known; electrolytic capacitors failures can account for over 60% of failures in power electronics interfaces . Many complex methods which try to determine the remaining lifespan of electrolytic capacitors exist , but these methods do not serve to extend the life of the capacitors. Thus, although faults become more predictable using these methods, the capacitors must still be manually replaced, resulting in high maintenance costs. Furthermore, the methods used to determine the remaining lifespan of electrolytic capacitors require the use of expensive monitoring systems , and so any system which uses electrolytic capacitors is expensive to monitor, maintain, and has a shorter life span than a system which does not use these capacitors. The failure of these electrolytic capacitors determines the frequency of maintenance and thus adds to the system operation and maintenance costs. Therefore, a converter which can eliminate the need of dc-bus electrolytic capacitors will not only increase the system lifetime but will also reduce the operation and maintenance costs associated with them. Furthermore, elimination of failure-prone components without any additional component in the system will result in low Mean Time Between Failure for the system and will increase the system availability by reducing the system downtime. The next subsection presents the capital cost reduction for the proliferation of DDWTs.

The past decade has seen remarkable growth in the installed renewable power capacity . The Global Wind Energy Council has reported an increase in the global wind installed capacity from 237.7 GW in 2011 to 493.3 GW in 2016 . The developments in the wind energy conversion systems show an inclination to using high power rated wind turbines . In recent decades, several wind turbine generator concepts were aimed to maximize the production of energy, reduce costs, and improve power quality. For these reasons, it has become popular to place wind farms offshore. Offshore wind turbines require new, precise design rules which take into account the particular operating specifications. A generator-converter system which eliminates the weak links (e.g. requirement of the gearbox, the electrolytic capacitors), and operates on lower dc voltage to produce the same three phase voltage output would be a robust and reliable wind energy system. The most commonly used system is a variable speed wind turbine. A variable speed wind turbine uses a Doubly-Fed Induction Generator (DFIG) whereas a fixed speed wind turbine either uses a Squirrel Cage Induction Generator (SQIG) or a Permanent Magnet Synchronous Generator (PMSG). One of the problems associated with DFIG and SQIG based wind power generation system is the presence of a gearbox, which couples the wind turbine to the generator. Gearbox faults lead to significant downtime, cause noise and vibration, and require regular maintenance . It is worth noting that, although responsible for 20% of total wind turbine downtime, gearboxes only account for 10% of wind turbine failures . This discrepancy is due to the fact that the bulk of gearbox failures necessitate an entire gearbox replacement, a feat which requires the use of heavy machinery and significant manpower . Thus, although gearboxes are fairly reliable, failures which do occur are expensive, both in terms of repair costs and production losses. Many efforts have been made to increase the reliability of gearboxes by determining when preventive maintenance is required. These efforts, however, often require the use of expensive sensors, and retrofitting existing gearboxes is costly if it can be done at all . Therefore, for many turbines especially those which are located in remote areas or offshore where maintenance fees increase drastically, the ideal solution is to remove the gearbox altogether. Compared with gearbox coupled wind turbine generator, direct-drive PM generator has received more and more attention in wind energy application because of its self-excitation, simple structure, and high efficiency . There is a definite trend toward DDWTs as is predicted in the research papers and trade journals but there are some major concerns that must be overcome in order to achieve higher market penetration . The major concern which prevents the popularization of DDWTs is the large size of the PM generator . The large size of the generator is a result of the generator shaft rotating at the same speed as the turbine rotor shaft. Another reason which leads to the huge size of the PMSG is the high voltage output requirement from the power electronics interface. The commonly used power electronics interface in DDWTS when generating 690 V rms line-to-line voltage at the output requires about 770 V rms line-to-line voltage from the PMSG. The number of poles in the PMSG for this configuration is very high, in order to increase the frequency and magnitude of the generator output voltage. This high voltage requirement from the PMSG results in large diameter and size of the PMSG and consequently a high cost and volume for the generator. Even though PMSG based DDWTs feature high efficiencies, a 10 MW PMSG is more than 10m in diameter and weighs more than 300 tons . The huge size and cost of permanent magnet materials result in high capital costs of DDWTs, decelerating their proliferation in comparison with DFIG – based wind turbines.